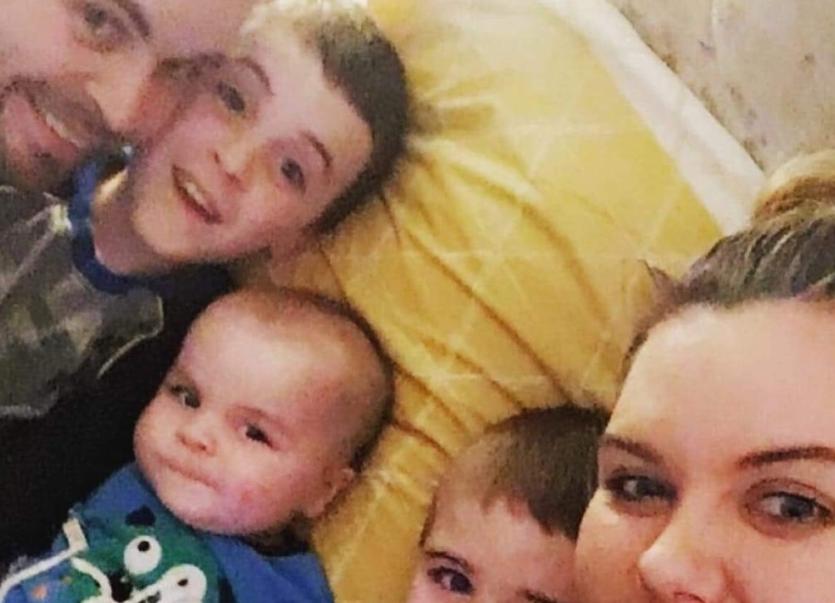 A nurse was working on the Covid-19 ward at Altnagelvin Hospital in Derry this week when she was told that her house had gone on fire.

Student nurse Michelle Dobbins had just finished her shift at the local hospital on Monday night when she got a text from her husband Emmett to say a fire had broken out in the kitchen of their Rinmore Drive home in the Creggan area of the city.

Thankfully, Emmett managed to get their three sons, Martin (11) Patrick (9), Logan (2), out of the house safely, but he had to be taken to hospital because of smoke inhalation.

Extensive damage was caused throughout the property and the couple and their children are unlikely to be able to move back in before Christmas.

"I was so freaked out when Emmett told me what had happened," Michelle told the Derry News.

"When I got home there were four fire engines and a fire car parked outside the house."

Michelle and her sons were unable to stay with family because of coronavirus restrictions and had to go to a B&B in the city.

Emmett, fortunately, has fully recovered and is now back with his wife and children.

"We're just so thankful that everyone is OK," said Michelle.

The couple believe the fire was started accidentally after their son Patrick, who has a learning disability, autism and ADHD, put some teddy bears in the microwave and switched it on.

"Emmett was in the living room getting Logan changed and Patrick was in the kitchen playing with his Teletubbies." Michelle explained.

"He heard the microwave beeping so he called Patrick in and closed the door to keep him in the living room.

"The next thing they knew there was smoke coming from the kitchen and the fire alarm was going off.

"Emmett did an amazing job, he got the wains out and he shut the door behind him.

"We were told that if he hadn't closed the door the house wouldn't be standing now,” said Michelle.

Patrick isn't aware of what happened, but the couple's eldest son Martin has found the experience very upsetting.

"When his daddy had to go to hospital he was really worried, it has been difficult for him," said Michelle.

The kitchen of the Dobbins' home has been extensively damaged and there is smoke damage throughout the house.

"We have both been working so hard and trying to get everything sorted for Christmas so it's been really hard," said Michelle.

The couple have been offered temporary accommodation, but have been told they might not be able to return home for eight weeks.

"We probably won't be in our own home for Christmas, which is disappointing but we just have to remind ourselves we are lucky everyone is OK," said Michelle, who is in he second year of her nursing degree and finishes her 15 week placement at Altnagelvin Hospital's Covid ward next week.

"I would always have donated to other people and I didn't think I would be in the position of having to ask for help.

"But Derry people are just the best. They are always there to help."

A spokesperson for Northern Ireland Fire and Rescue Service (NIFRS) confirmed firefighters were called to the scene of a kitchen fire in Rinmore Drive at 6.47pm on Monday evening which was extinguished by 7.13pm.

"The cause of the fire is believed to be accidental ignition." the spokesperson said.

If you would like to help the Dobbins family you can find Michelle Dobbins' House Fire appeal on GoFundMe.com.