Police have offered £10,000 reward for information relating to the incident. 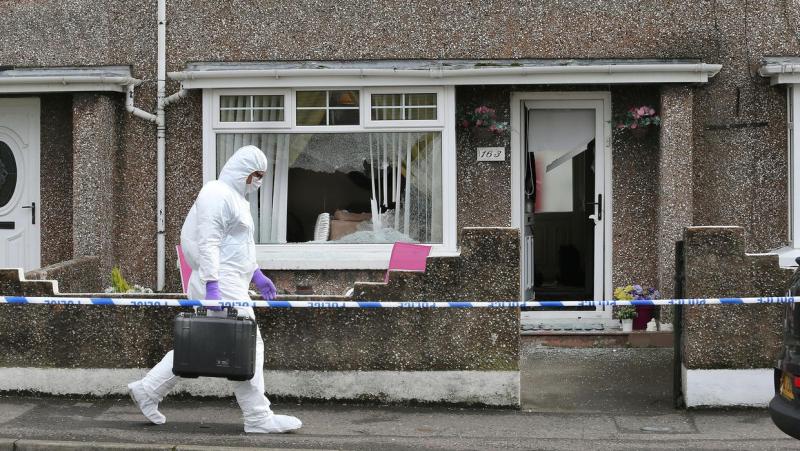 The shooting took place in Coleraine on October 5.

Detectives from the Police Service of Northern Ireland’s Major Investigation Team continue to investigate the shooting of a vulnerable woman in her home on Bushmills Road, Coleraine on Monday, 5 October.

A £10,000 reward has been offered by Crimestoppers for anonymous information the charity receives in connection with the shooting of the 61 year old in her Coleraine home.

Detective Chief Inspector John Caldwell, from the Major Investigation Team said: “Our investigation is continuing to identify those who carried out this vile and callous attack which left this vulnerable woman fighting for her life in hospital.

"I am pleased to say she is now making good progress - however I am treating this incident as attempted murder.

“I hope the substantial reward from the independent charity Crimestoppers for information leading to the arrest and conviction of those who carried out this callous shooting will encourage people to give vital information anonymously to the charity.

"This reward is also available to anyone who can provide information leading to the recovery of the weapons.

“The 61 year old grandmother was sleeping in a chair downstairs due to her various health problems when she was shot in the head by one of the many bullets fired at the house by a gang of three men.

“I believe the attack was carried out by members of the North Antrim UDA and that two different types of weapons were used – a hand gun and shotgun.

"It beggars belief that they fired over 10 shots, smashing numerous windows in the house, not caring that this vulnerable woman was inside.

“I know one of the guns has been used multiple times to hurt other members of this community over recent months and it needs to be removed from the clutches of these dangerous individuals. This is why we have taken the unusual step of making the reward available for the recovery of the weapons.

“These reckless and dangerous thugs do not care about who they hurt in the process of trying to exert their ‘so-called’ power in this area. It is purely about their egos, power and what they can gain financially.

“And they also did not care that as a result of their actions they have selfishly diverted already stretched emergency services including paramedics, doctors and nurses, at a time when the Health Service is trying to cope with the pressures of a global pandemic.”

Police received reports shortly before midnight on Monday, 5 October of a number of shots being fired in the Bushmills Road area of Coleraine.

On investigation, they discovered multiple shots had been fired at the front and back of the house and at least one of these bullets struck the victim’s head.

Detective Chief Inspector John Caldwell added: “I am keen to hear from anyone who saw a group of men, wearing hooded tops, who were seen shortly before the attempted murder running across Bushmills Road from a laneway leading from Millburn. Three men were then seen walking and running up a lane behind the Bushmills Road house.”

“I am appealing to Coleraine people to help us remove these violent criminals and this weapon from their community by bringing any information they have to either the police or to Crimestoppers where you’ll stay 100% anonymous.

“You can do this online using our non-emergency reporting form via http://www.psni.police.uk/makeareport/.

“To stay anonymous or to be eligible for the reward, you must pass on information directly to the independent charity Crimestoppers on freephone 0800 555 111 or by using their simple and secure online at http://crimestoppers-uk.org/.

"There is no caller line display, no 1471 facility and computer IP addresses are never traced. Crimestoppers guarantees 100% anonymity to everyone who contacts them.”