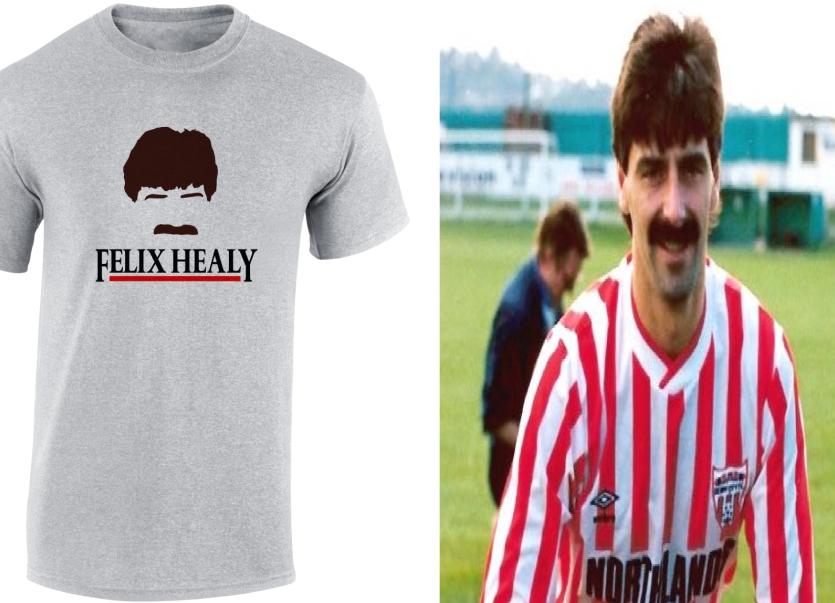 The new T-shirt in honour of Felix Healy.

A special T-shirt has been created in honour of one of Derry City's greatest ever players.

Felix Healy was a great player but was also well-known for the quality of his moustache.

Now, as the annual Movember initiative continues, Derry City have produced a limited edition T-shirt to support the initiative.

The T-shirt features Felix's healthy mop of hair and, of course, his 'tache.

The T-shirt is now available to pre-order on the Derry City website and will be delivered in later November/early December.

A percentage of the money from the sales will be donated to the Movember initiative which is held each year to raise awareness of men's health issues.

Felix was a key member of the Derry City team which won the historic treble in 1989.

He later went on to manage the club when they won the league title in 1997.