57 fines were handed out at Guildhall Square demonstration 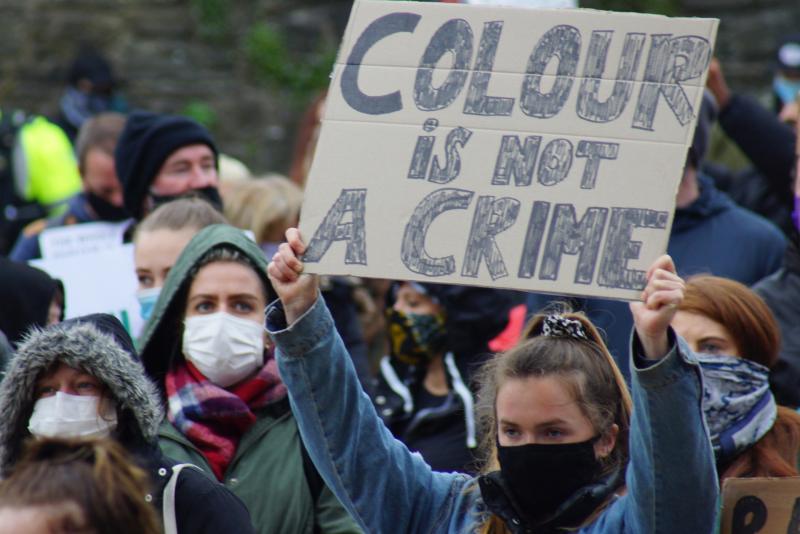 The 'Black Lives Matter' rally was held in Derry on June 6.

The reputation of the PSNI was damaged by its handling of Black Lives Matter protests in Derry and Belfast, a Policing Board report has found.

The board has questioned whether its approach was lawful and called for a review of all fines and prosecutions from the rallies on June 6.

The rally in Derry's Guildhall Square went ahead despite appeals from politicians, police and business leaders for the event to be postponed because of public safety fears over the coronavirus pandemic.

Eleven fines were issued to people who took part in a similar rally in Belfast on the same day.

There have since been calls for all the fines issued at the rallies to be rescinded and any threat of prosecution against the rally organisers to be removed.

The chief constable said the PSNI would 'take time' to consider the Policing Board findings into how police handled the rallies.

The outdoor events, attended by hundreds of people, were in response to the death of George Floyd in the United States in May.

The Policing Board tasked its human rights adviser, John Wadham, to undertake a wide-ranging review of the policing response to Covid-19 between March and June.

Overall, the force's performance during the pandemic is judged in the new report to be 'generally positive'.