A local councillor is exploring options to challenge the consultation process on bilingual signage. 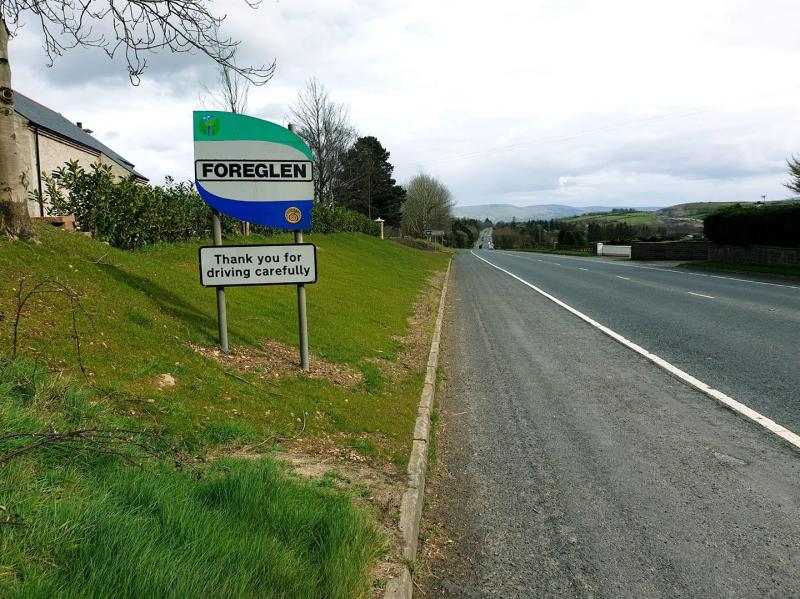 A local councillor has said she will be looking at legal options to challenge a council's policy on bilingual street signage after a proposal to re-run a consultation process was turned down.

Foreglen Development Group had hoped to erect signage in Irish and English in the village, but the consultation process failed to secure the required number of positive responses.

The consultation attracted 189 positive and just two negative responses in total, but none of the streets consulted were able to secure the two thirds majority required for bilingual signage.

The police of Causeway Coast and Glens Council, which covers the Foreglen area, also dictates that no further applications for the signage can be considered until a five-year period has expired.

Cllr McGurk had raised concerns over the timing of the original consultation.

“I am disappointed my proposal to re-carry out the failed consultation to install Irish street signs in Foreglen has been blocked again by Causeway Coast & Glens Council,” she said.

“It concerns me that the initial consultation took place at the height of the first COVID lockdown period in March and April and this was surely a significant factor in the low response.

“It is not that the signs were not welcomed by the local community which was argued by some councillors this evening.

“I worked alongside the community group behind this request and know that these signs were very much wanted by the community and indeed needed to replace both missing amd damaged signage.”

The Benbradagh councillor said the current policy has set too high a threshold for interest in bilingual signage.

“I will now be exploring legal options to challenge the council’s current restrictive Irish Street signs policy which places such a high burden on those requesting these signs to demonstrate the want in the area.”