Wages in county's council areas are lowest in the North

The data was revealed in the recent Annual Survey of Hours and Earnings (ASHE) publication. 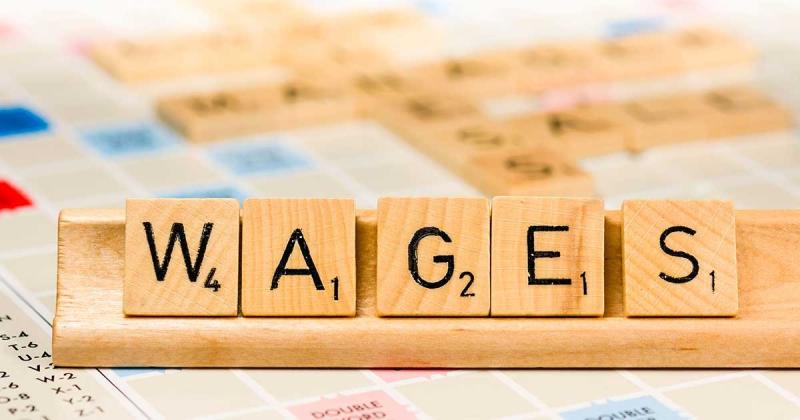 Workers in County Derry are among the lowest earners in Northern Ireland, according to new data published by the Northern Ireland Statistics and Research Agency (NISRA).

The agency's Annual Survey of Hours and Earnings (ASHE) shows gross weekly earnings for full-time employees in the county's two local government districts to be the lowest in Northern Ireland.

Causeway Coast and Glens ranked the lowest for all of local government districts, with those employed in the area earning on average £449.90 per week.

Those working in the Mid Ulster area fared slightly better at £452.10 per week, but both were significantly lower than top-ranked Belfast at £585 per week.

When compared to the previous year, the figures show a fall in Mid Ulster's weekly earnings of 5.6%, while Causeway Coast and Glens experienced a slight rise of 0.4%.

Earnings for workers living in the two districts, while higher in monetary terms, still rank the lowest of all the local government districts.

Causeway Coast and Glens remains lowest on £456.80 per week, while Mid Ulster residents earned an average of £482.50 per week over the last year.

Residents of Lisburn and Castlereagh, buoyed by their close commuter proximity to Belfast, topped the chart with average earnings of £593.90 per week.

Mid Ulster MLA Emma Sheerin said the findings were further evidence of the 'brain drain' evident within the region.

“These findings are consistent both with anecdotal evidence, and with the results of other studies carried out in recent years,” she told the County Derry Post.

“In the most recent Skills Barometer as produced by University of Ulster, Mid Ulster was assessed along with the other council areas in the 'Growth Region'.

“It told us 54% of those who commute out of Mid Ulster, Armagh, Banbridge and Craigavon, and Fermanagh and Omagh for work have degree-level education,” she added.

“This reinforces the fact that there is 'brain drain' from West to East, with most commuters travelling to Belfast on a daily basis.

“We also have to recognise that many young people leave our district to study, travelling to either Belfast, Dublin or farther afield, and never return.

“We need to create better training opportunities in our district, particularly in engineering and IT, to ensure that we are not forcing people to leave South Derry for employment.”

"Sadly, the north-west has long suffered from higher unemployment and lower earnings than other areas of Northern Ireland," she said.

"We need investment in our area and we can do that by attracting new businesses to set up here. But in order to do that we need to ensure we have the skills that new businesses are looking for."

Mrs Sugden also said the increase in working from home brought its own opportunities for the area.

"Also, because of COVID, more people are able to work from home," she added.

"Businesses and the civil service no longer have to concentrate on situating themselves in the bigger cities when people can often just as easily work from home in, for instance, the north-west.

"These opportunities need to be grasped and can help spread the wealth and opportunities that have, up until recently, largely remained in the cities."