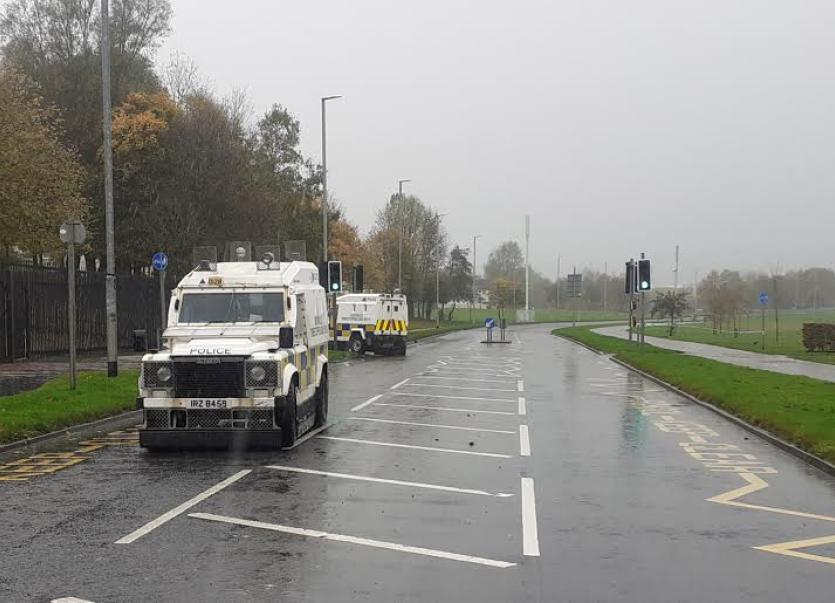 Police came under attack in Derry last night while conducting searches during a security alert.
PSNI vehicles were damaged as officers conducted searches in the Shantallow.

Following reports two devices were in the area, police sealed off a number of roads after a suspicious object was discovered on Glengalliagh Road.
The object was declared 'nothing untoward' following an examination by the ATO (bomb squad)
A second suspect device was later located in the vicinity of Greenhaw Road and was declared a hoax after an ATO examination.
The remnants were taken away for further forensic examination.

While police were in the area, they came under attack from youths throwing and glass bottles.
A number of police vehicles were damaged. A bus window was also damaged.

Chief Superintendent Darrin Jones, PSNI Derry and Strabane District Commander, said the actions of those involved was 'unacceptable.'
He added: "I am very disappointed people made a deliberate decision to go out onto the streets and engage in this type of anti-social and criminal behaviour.
"We cannot underestimate the impact these incidents have had on our community, and we are grateful to the community for their patience and  for the support of community representatives who worked last night to engage with those involved to leave the area.

“We share your anger and frustration when incidents like this happen, but our overriding priority will always be the safety of everyone in this city.

"The investigation continues, and I am appealing to anyone who has information, or who saw any suspicious activity in the Shantallow area in recent days, to contact police on the non-emergency number 101, quoting reference 1252 of 29/10/20."