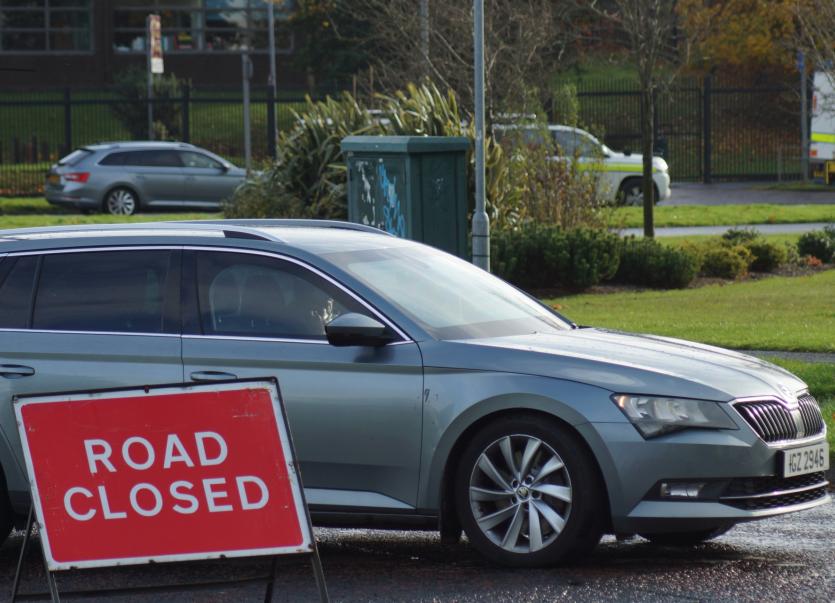 Police officers at the scene of the security alert.

A security alert in the Shantallow area of Derry has ended.

The alert followed a report made to police yesterday evening that there were two viable devices in the Shantallow area; namely in the Racecourse Road and Carnhill areas.

Following this, a public safety operation was implemented, which included closing a number of roads.

Searches of the areas have been carried out, and nothing untoward has been found.

All cordons have now been lifted and all roads have reopened.

Derry City & Strabane District Commander Chief Superintendent Darrin Jones said: "Firstly, I want to thank everyone, both local residents and businesses, who were impacted by this alert for their patience and understanding during this operation.

"As we continue with our enquiries, I want to take this opportunity to re-emphasise to the local community and people travelling through it if anyone comes across anything suspicious, they should contact police immediately."

Anyone with information about this incident, or who saw any suspicious activity in area in recent days, is asked to contact police on the non-emergency number 101, quoting reference 10 of 28/10/20.