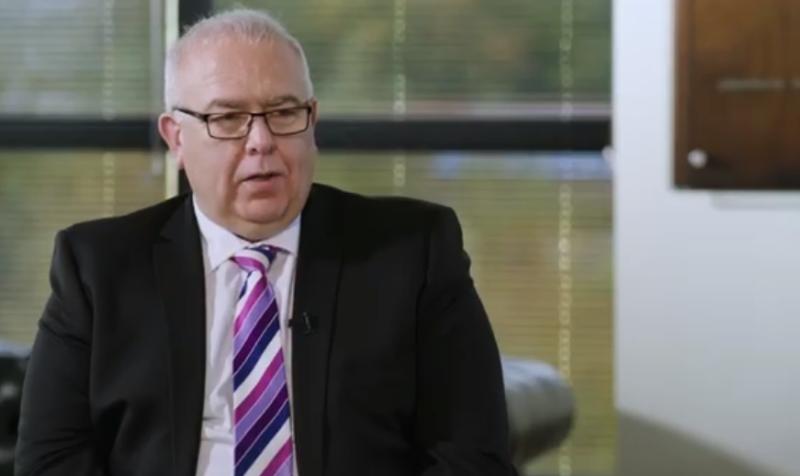 Council Finance Director JJ Tohill was central to the case.

A landmark case taken by Mid Ulster District Council against HM Revenue and Customs could earn local councils across Northern Ireland a refund of between £50m and £70m.

The case centred on VAT charges that had been paid by members of the public for access to council sports, recreation and leisure facilities since 2006.

“Given the significant financial pressures which we all face as a result of the pandemic, the timing could not be any better,” he said.

“This is a mammoth victory from which each and every council here, and their ratepayers, will benefit substantially.

“Given the significant financial pressures which we all face as a result of the pandemic, the timing could not be any better.

“While our sector gains as a whole, this case would not even have been taken, let alone succeeded without Mid Ulster’s Finance Director, JJ Tohill.

“JJ’s expertise, hard work and dogged determination over a sustained period, together with a brilliant legal team, has brought us all to this landmark win.”

At the First Tier Tribunal, the council was able to demonstrate that leisure and recreation facilities were provided to the public by the council in its role as a public authority.

Mr Tohill worked alongside the council's legal team to show there was no significant distortion with the private sector, meaning VAT should not have been charged.

The final refund amount is yet to be finalised, but provisional estimates indicate HMRC will be paying between £50m and £70m to local councils.

“It all goes back to 2009. I was in London at a meeting about VAT. The discussion went on about the differences in legislation between England and here,” he said.

“We got to talking about leisure services and how we were doing things differently to what they did in England.

“As everyone probably knows, when you go into our leisure centres, the amount of money we ask people to pay is an aggregate amount, but within that, there is an amount goes off to the VAT man.

“For example, if we ask the customer to pay £6, we keep £5, but £1 goes to HMRC as VAT. Because our legislation is different to England, we felt we shouldn't have been charging that.

“That was fundamentally what the case was about. After many years, a lot of discussion, and many legal arguments, the Tribunal eventually found in our favour.”

Cllr Martin Kearney said the decision was a big win for local government.

“Mid Ulster Council has been engaged in a legal battle against unfair VAT charges for a long time,” he said.

“The campaign to overturn these charges has been spearheaded by the Chief Finance Officer, Mr JJ Tohill, who deserves great credit. The Covid-19 crisis has significantly reduced revenue streams which has had a knock-on impact on public services.

“These rebates will go some way to ease pressure on key public facing services run by our councils. It is a big win for local government and it couldn’t come at a more critical time for council finances.”

A spokesperson for Mid Ulster District Council said the details of how the money will be allocated had not yet been finalised, but that residents would benefit.

“The Council will consider in due course how any monies will be allocated,” they said.

“Our residents will benefit, however, not only from the refund but also from the recurring positive financial impact which will offset pressures we continue to face to fund services in the midst of a pandemic.”

The case could also mean local authorities wishing to reclaim wrongly paid VAT could do so when obliged by local authority law to provide goods and services, and when those services do not lead to significant distortions of competition with the private sector.