Leon praised for his efforts in keeping his neighbourhood looking well 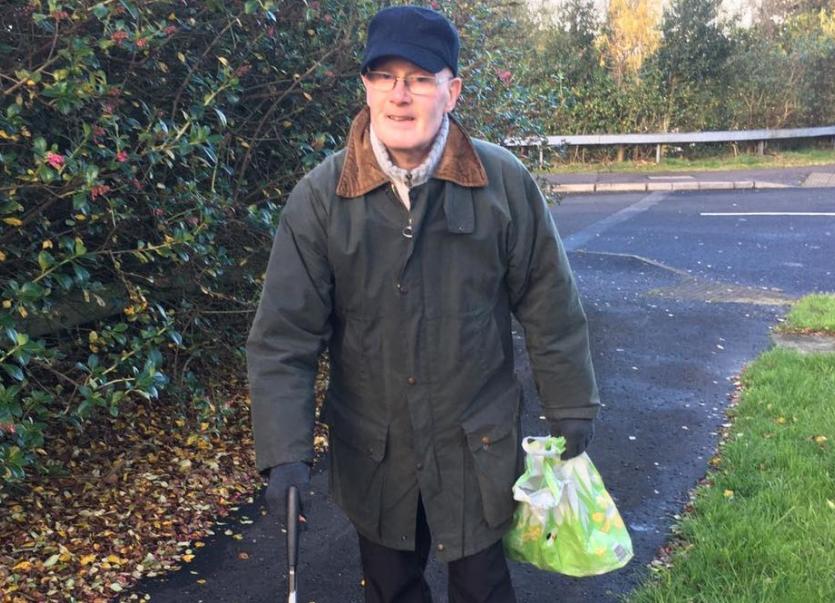 Leon O’Laifeartaigh pictured on his daily walk with his litter pick and a bag for the rubbish.

A special tribute has been paid to a Derry man who is doing his bit to improve his local community.

Leon O’Laifeartaigh lives at Foxhill in the Waterside.

Every day, he goes for a walk along the Strabane Old Road and Woodside Road.

He takes a litter picker and some bags with him to collect rubbish as he walks.

He sometimes also stops to trim overgrown hedges in the area.

They are small gestures, but ones, Leon's neighbours say, which are making a big difference in the area.

In tribute to the local man's efforts, one of his neighbours, Anaeleigh McCormick, put a post on Facebook about him on Friday and it received a huge response.

“Leon worked for many years in Tesco and has been retired a few years,” she said.

“He was a daily gym attender until Covid arrived with us. He may well fall into the category of being vulnerable to Covid.

“He could have retreated to his home and waited for this storm of life to pass. However that’s not how he is.

“Leon decided that it was important that he continue his exercise every day and so took to walking the Strabane Old Road and Woodside Road.

“Many would say that golf is a good walk destroyed but Leon noticed the amount of litter that lay on our paths and so ordered his stick for lifting litter. He happily spoiled his daily walk and has been lifting every day since, some days he tells me that he can get up to three bagfuls.

“As the appearance of the area began to improve and the summer months were with us, Leon took to trimming the hedges.
“He has become the caretaker of our community.”

Anaeleigh said Leon had a simple reason for doing what he does.

“When I asked him what he was doing he said 'I’m lifting the area up'.

“Single handedly, one piece of litter at a time, this is what he is doing.

“He said 'you see if you improve the area a little bit at a time it lifts everyone up and everyone starts to contribute. Everyone starts taking better care of their own gardens and properties'.

“He told me that a few young people in their foolishness had spoiled a planted area and that he felt it was better to fix it up again.

“He started at it himself and a few neighbours then joined him and they returned it to its former glory if not better. You see it helps everyone he said and the young people seen it was important to everyone.”