The club were determined to give something back after overwhelming support for 'fine' appeal. 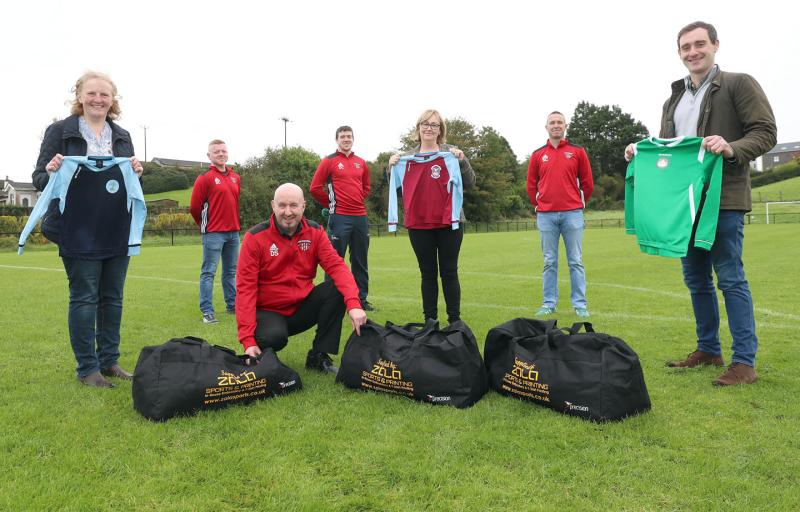 Kilrea United FC launched the campaign to help pay a £8,500 fine imposed by football's world governing body, FIFA, after an ineligibility dispute over the signing of Pierce Worrall-Hill.

Within 24 hours, the club had reached their target, with their Go Fund Me page currently displaying a total of £13,740 in donations from supporters.

The club, who said at the time the extra cash would be used for charitable causes, have now presented the town's three local primary schools with a brand new set of jerseys each.

Crossroads Primary School thanked the club via a post on their Facebook page, and praised them for giving back to the community.

“We would like to thank David Shiels and all the members of Kilrea United for their hugely generous gift of a brand new school kit to our school, St Columba’s and Kilrea Primary,” they said.

“What an amazing way to give back to the local community.

“It looks great and we know that the boys and girls will be super excited and proud to wear it.

“Let’s hope it inspires a few stars of the future,” the spokesperson added.