Family raises £6,500 in memory of Geraldine

The money raised will go to towards Foyle Hospice.

Amanda McIlvar celebrated her birthday by gathering a group of her friends and family to participate in the Female Walk from Foreglen to Dungiven.

The family of a County Derry woman have raised more than £6,000 in her memory for the Foyle Hospice.

Geraldine Bradley died in March of this year after a battle with breast cancer.

Geraldine, who lived in Feeny, spent her last few days in the Foyle Hospice in Derry.

In thanks for the care that she received, members of Geraldine's family recently organised a couple of fundraising events for the hospice. 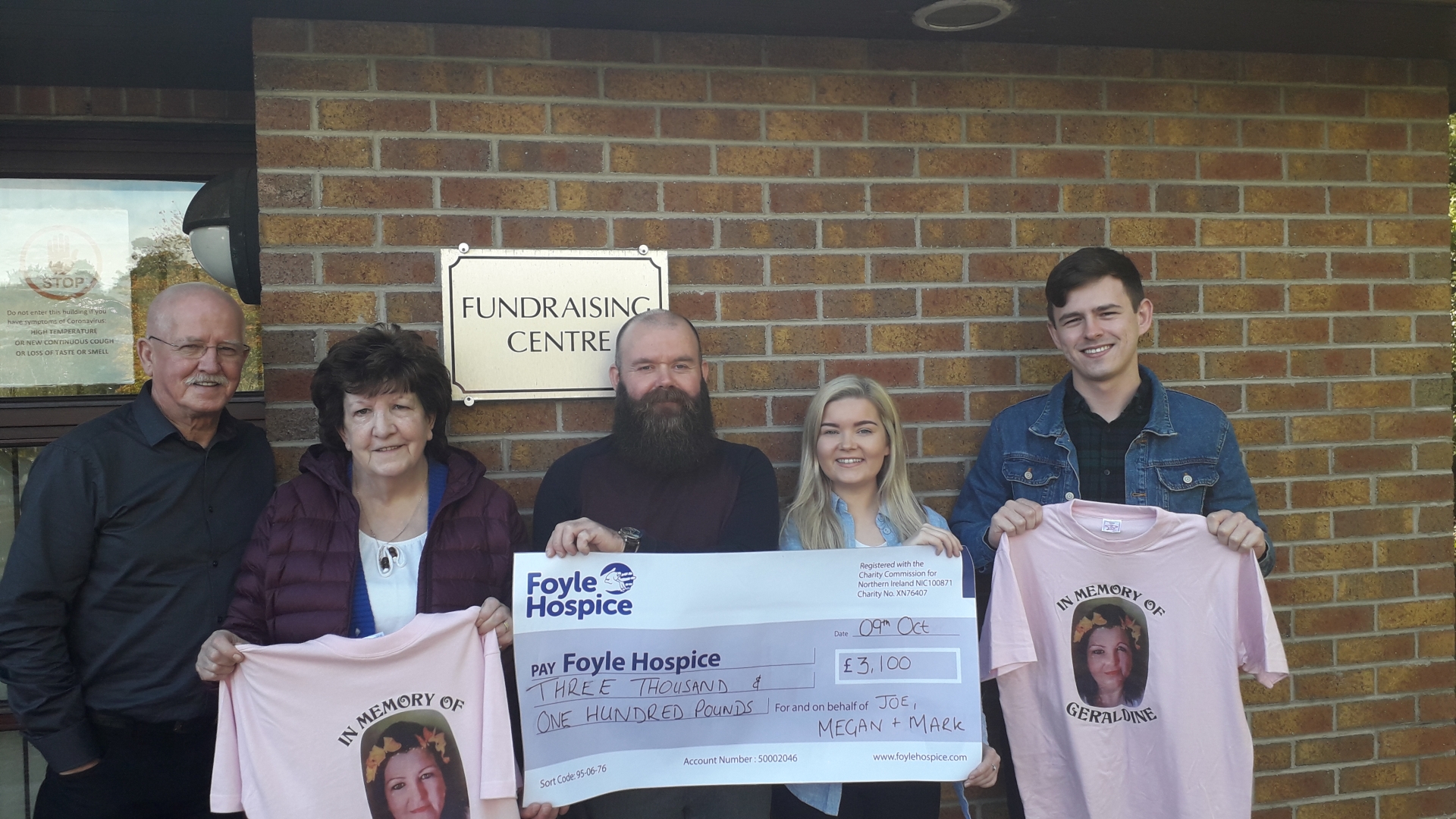 On September 26, Geraldine's husband, Joe, his daughter Megan and her partner Mark bravely took part in a skydive.

Amanda celebrated her birthday by gathering a group of her friends and family to participate in the Foyle Hospice Female Walk from Foreglen to Dungiven.

Together they raised £3,469 in memory of Geraldine.

Joe said they were indebted to the support they had received from the hospice's staff during Geraldine's illness.

“Geraldine spent her last few days in Foyle Hospice where they took such good care of her and made us feel at home while spending time with Geraldine,” he said.

“We aimed to raise £2,000 and have since smashed that target and hope to raise as much as they can for a service that provides so much more than medical treatment.”

Joe has also handcrafted a model traditional Irish home that is being auctioned to also help raise money.

A spokesperson for the Foyle Hospice thanked Geraldine's family for their brave efforts.

“This family are a true inspiration and we are grateful for their support,” the spokesperson said.