Anne McCloskey: "My views on Covid-19 are different from Aontú and as a result I am stepping down from this role." 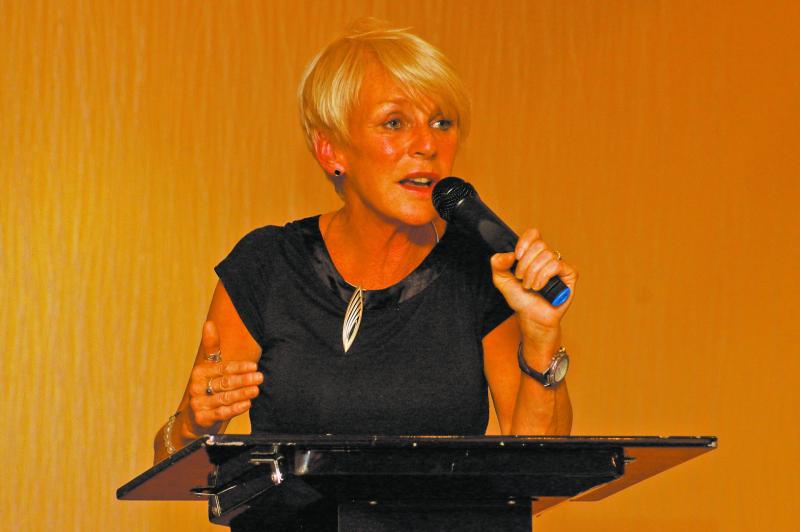 Doctor Anne McCloskey to step down from her role as a councillor on Derry City and Strabane District Council because of her controversial views on the coronavirus pandemic.

Dr McCloskey has been critical of the lockdown policy around the pandemic and has claimed that this has caused more harm than the disease.

She said tonight that her views were different to that of her Aontú party.

As a result, she said, she would be stepping down from the council, although she said she would remain a member of the party.

Dr McCloskey was elected to the local council last year.

She said: “It has been a privilege to serve the people of Derry at council for the last 17 months especially so as a member of the new All Ireland movement Aontú.

"In that time I have done my best to make sure that our values of Life, Irish Unity and Economic Justice have had a strong voice on Derry City and Strabane District Council.

“I have also focused on the massive economic difficulties that exist here in the north west due to years of underfunding by unionist parties and SF and the SDLP.

"I have worked hard to put the Derry on the map for jobs and university investment.

"My views on Covid-19 are different from Aontú and as a result I am stepping down from this role.

"I am however committed to Aontú’s development in the future and will remain an active member."

"Indeed Anne has that rare quality in Irish politics she has a back bone and is not afraid to question and challenge the status quo," he said.

"We were delighted to have had Anne as a founding member of our movement just 22 months ago.

"Anne is a woman of conviction and has never held back in terms of effort as a doctor, as an elected rep and as a party activist.

"We thank her for all her help in the past and look forward to working with her in the future."

Mr Tóibín said his party will hold a selection convention in Derry in the coming weeks to co-opt a successor to Dr McCloskey.

"These will big boots to fill but with Anne’s help we look forward to continuing to go from strength to strength in Derry," he said.