Tori McNeill shows off her talents 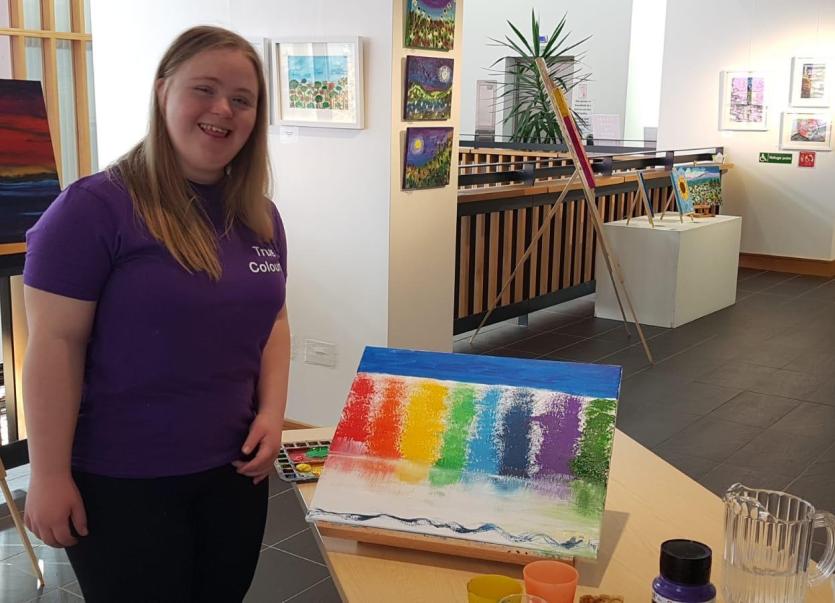 Tori McNeill pictured with some of her artwork.

A young Derry woman with Down Syndrome launched her new solo art exhibition on Friday.

Tori McNeill's exhibition, which is called 'Over the Rainbow', is on display at the Roe Valley Arts and Cultural Centre in Limavady until November 14.

The 21-year-old, who is from the Waterside area of Derry, has been painting since she left school.

Karen very quickly recognised that she had a real flair for painting and colour," explained her mum, Dara McNeill.

Two years ago, the young local woman held her first exhibition at the Waterside Theatre and her colourful pieces now have a large online following on her 'Art by Tori' Facebook page.

"Tori is quite shy but her art has really helped her grow in confidence," said Mrs McNeill.

"Since having her art exhibitions she is much more likely to speak out.

"And she loves talking about her art.

"When anyone mentions it her face just lights up.

"She really enjoys interacting with people through her Facebook page too."

On the same week as her first art exhibition, Tori was diagnosed with autism.

"It was a very up and down week, but we now see that her autism aids her art and has helped her develop her unique style."

Tori has completed several work experience placements and was due to start an office job with Derry City and Strabane District Council when lockdown happened back in March.

"That was really disappointing for Tori but she has kept busy painting every single day," said Mrs McNeill.

"She hasn't been able to meet up Karen but they have stayed in touch on the phone and on social media." 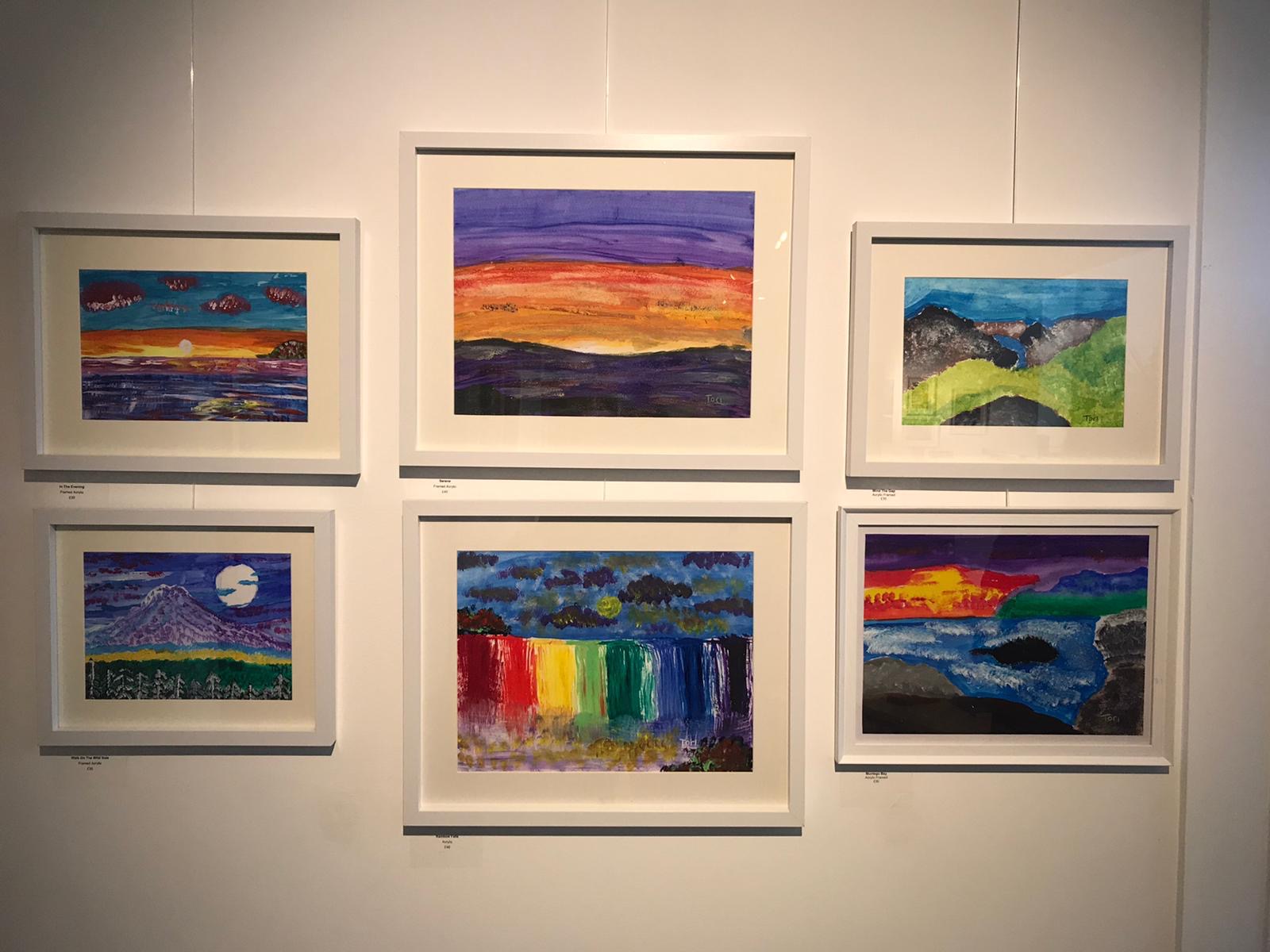 Tori's pieces are for sale starting at just £7 and going up to £70.

"The paintings aren't very expensive because Tori doesn't do it for the money, but it helps her to buy new paints and canvases," Mrs McNeill added.

A spokesperson for the Roe Valley Arts and Cultural Centre said they were delighted to host Tori's Exhibition.

"This exhibition is named Over the Rainbow to express Tori’s love of colour; it’s in support of our wonderful NHS and in hope that by seeing her art your troubles ‘melt like lemon drops’, even for a short while."