The Coleraine producer is among two local beef processors to be granted access to the US market. 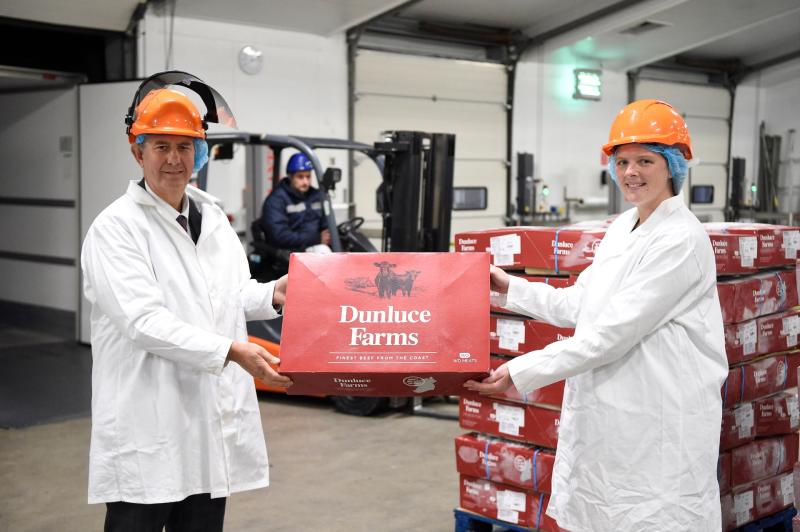 Two County Derry companies have been granted access to the US market for the first time in 20 years.

This historic moment for local farmers was marked by Agriculture Minister Edwin Poots, as he visited WD Meats in Coleraine, who have been granted access alongside Foyle Food Group, who have a site in Campsie.

The local meat processors were listed as meat plants eligible to export meat to the United States, alongside one other UK processor from Wales.

The first shipment of beef from the UK, was dispatched on 30 September, from Foyle Food Group, Foyle Campsie with further shipments from across the UK expected to commence in the coming weeks.

Agriculture Minister Edwin Poots welcomed the move with some pride.

“I am very proud that the first shipment of UK beef to the USA came from a Northern Ireland beef processor," he said.

"It is a signal, loud and clear, of the quality of our produce, the standards of our animal health, welfare and of our care for the environment.

“This opens up a massive opportunity for local farmers, the likes of which we haven’t had in two decades. Our local farmers are known and rightly credited for quality of the food they produce and its provenance.

"I’ve no doubt that our food will speak for itself and we will see further opportunities down the line.

“The UK food and farming industry estimates it will bring a £66 million boost to beef producers over the next five years alone and Northern Ireland too will receive part of that economic uplift.

“I’d finally like to thank everyone involved behind the scenes, who have worked long and hard to get this deal done.”