A 61-year old woman remains in critical condition in hospital. 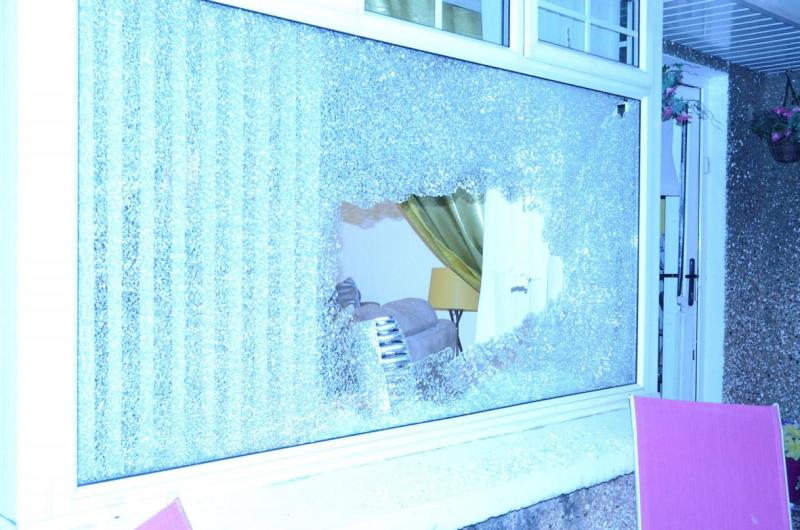 The scene at the house on Bushmills Road, Coleraine.

Detectives from the Police Service of Northern Ireland’s Criminal Investigations and Serious Crime Branches are continuing to investigate the shooting of a woman in her house in Coleraine last night.

Shortly before midnight a number of shots were fired at the front and rear of a property on the Bushmills Road.  The 61 year old woman inside the house was struck in the head by one of the bullets.  She remains in hospital fighting for her life and is described as being in a critical condition.

Detective Chief Inspector Dunny McCubbin, from Criminal Investigations Branch, is appealing for witnesses to the horrific attack in the Bushmills Road area.

“The investigation is at an early stage and we are working to establish a motive for this vile attack and to identify those responsible,” he said.

“Let’s be clear this is attempted murder and this local woman is now fighting for her life.

“Shortly before midnight police received reports of a number of shots being fired in this area and subsequently discovered a woman lying unconscious inside her Bushmills Road home – a place where she should have been safe.

“The gunmen fired multiple shots at the front and back of the house and at least one of these bullets struck the victim’s head.

“They fired through numerous windows indiscriminately not knowing where the lethal bullets would end up. This clearly highlights the blatant disregard these criminal gangs have for their own community.

“I believe that three or more men were responsible for this callous attack and also that there may be two different types of weapons used.

“I am today appealing to local people to bring information to the police in order to stop them from causing further harm in this community.

“I am keen to hear from anyone who saw a group of men, wearing hooded tops and light coloured clothes, who were seen shortly before the attempted murder running across Bushmills Road from a laneway leading from Millburn.

“Three men were then seen walking and running up a lane behind the Bushmills Road house.

“I would also like to hear from anyone who saw a light, possibly grey, coloured saloon car with a dark sunroof in the vicinity.

Local Alliance councillor, Yvonne Boye said there was ‘disgust’ in the area at the shooting.

There will be widespread condemnation and disgust at this incident, which has brought unwanted, negative headlines into our town,” she said.

“My thoughts are with the victim and I hope she makes a full recovery.

“Violence like this is never acceptable. Yet the those behind it won’t achieve their aim of pulling us backwards.

“As a community we are united in moving forward, creating the kind of society we can all be proud of.

“I would urge anyone with information to contact the PSNI as soon as possible.”

Anyone who was in the area last night and who noticed anything that could assist the investigation, or anyone with any other information is asked to contact CID in Coleraine by calling 101, quoting reference 2174 05/10/20.

Information can also be provided online using our non-emergency reporting form via http://www.psni.police.uk/makeareport/.