County Derry angler in running for Pride of Britain award

Willy Darragh has channeled the angling community into raising over £70,000 for the NHS. 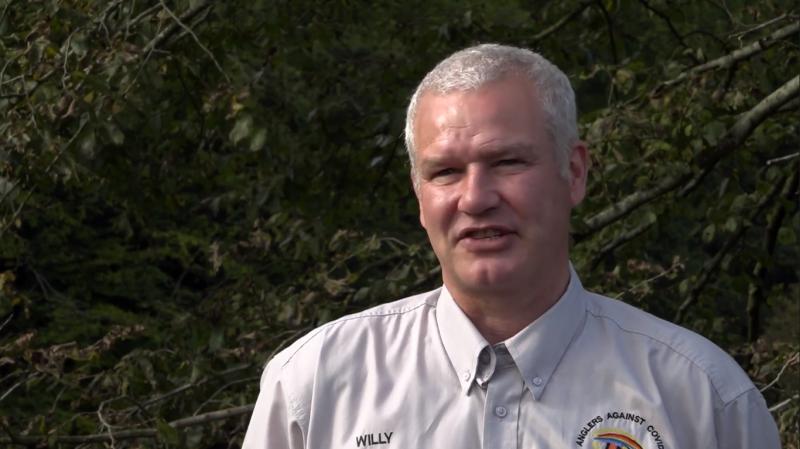 Willy appeared on UTV Live yesterday, with the winners to be announced this evening.

A County Derry man is among the nominees for this year's Pride of Britain award, after helping to raise a staggering £72,600 for frontline NHS staff.

Willy Darragh, from Magherafelt, harnessed the generosity of the angling community through a series of raffles and auctions to provide support to health care services throughout the Covid-19 pandemic.

As well as raising money, Willy helped source Personal Protection Equipment (PPE) for care homes, who he says were left behind a little as resources were channeled to the front line.

The Gracehill and Galgorm Angling Club member modestly tries to deflect attention from himself, preferring to praise the angling community's spirit.

"I was just the person behind the keyboard, but there was more than me involved in it," he told Derry Now.

"It puts the angling community out there and lets people see what they do, so they get the recognition for that. I've been involved in fishing all my life, I started when I was about seven." Willy in his element on the water.

The idea began following a conversation with Sam Glenn, a Belfast butcher and keen fisherman, who had asked Willy to organise and run a few raffles for fishing flies.

The fundraising effort soon took on a life of its own.

"He'd asked if I could run a few wee auctions or raffles," said Willy.

"So I said, 'no bother, that'll only take a few days'. Sixteen weeks later, here I am, still at it. It's been a nice journey.

"I've really enjoyed doing it. The satisfaction has been amazing. To see the generosity and compassion people have shown; it blew me away."

Willy's work was so far-reaching that he has a connection with a fellow nominee for the award, Belfast sign-maker Sam McClean.

"Our name and logo is 'Anglers against Covid'," he said.

"That's something I came up with and it sort of stuck. Sam raised over £100,000 by printing stickers, and he printed our logo. We're both up for nomination for this now!"

The winners of the Pride of Britain Awards will be announced this evening. You can read more about the work done by Anglers against Covid in Tuesday's County Derry Post.