Schools appeal for an end to vandalism

Both Limavady High School and St Mary's have been victims of vandalism recently. 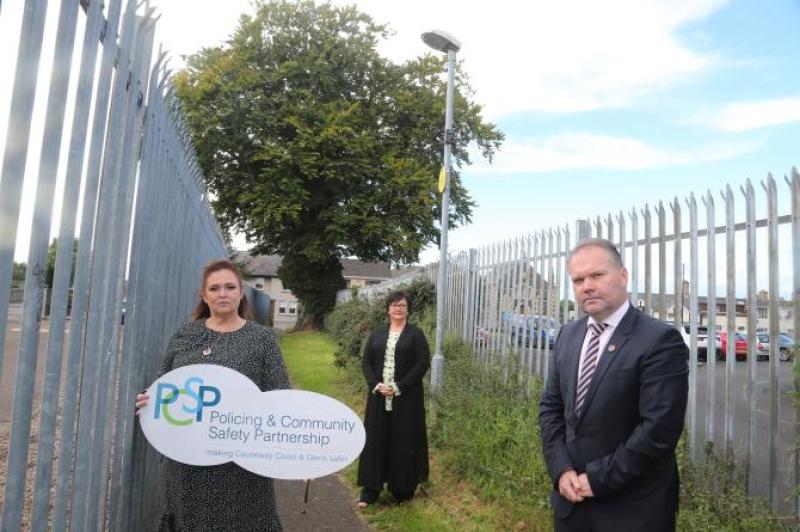 New efforts have been put in place in a bid to stop vandalism attacks on two neighbouring school in County Derry.

Both St Mary's High School and Limavady High School have been attacked by vandals in recent times.

Windows have been smashed during the recent attacks.

Now the schools have teamed up with the Causeway Coast and Glens Policing and Community Safety Partnership (PCSP) to install temporary CCTV cameras.

The equipment has been put in place along a laneway between the two schools.

The schools reached out for assistance from the PCSP, and as a temporary measure the cameras have been installed to act as a deterrent.

In a joint statement, the school's principals, Darren Mornin and Rita Moore, said it was vital that more was done to stop the vandals on their buildings.

“Ongoing damage to school windows was costing a considerable amount of money which could be spent elsewhere,” the princiapals said.

“We would urge those involved to think about their actions and the consequences and ask that anyone with information contacts the PSNI immediately.

“We all have a role to play in stamping out this type of behaviour.”

PCSP Chairperson Councillor Oliver McMullan condemned those involved in the attacks on the Limavady schools.

“Anti-social behaviour remains a top priority for Causeway Coast and Glens PCSP and we try to provide practical assistance where possible to those whose lives are blighted by it,” said Cllr McMullan.

If you wish to report anti-social behaviour, you can contact the PSNI non-emergency number on 101.

People can also use the Independent charity Crimestoppers to report anonymously any anti-social behaviour on 0800 555 111.