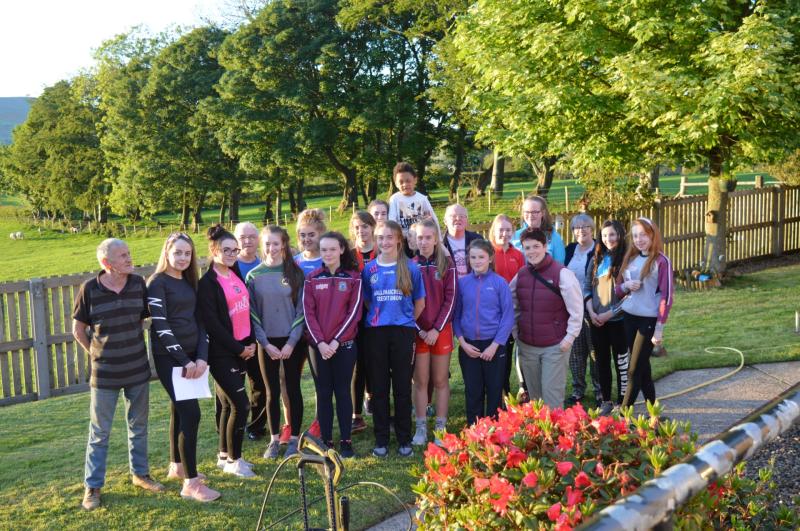 A County Derry school has been shortlisted for a major award.

St Colm's High School in Draperstown has been shortlisted for the Community and Collaboration award in the prestigious TES School Awards 2020.

The school has been shortlisted for the part it played in the Ballinascreen Intergenerational Project.

Ballinascreen Fold, supported by S.T.E.P.S. and Men’s Shed, teamed up with St Colm’s High School and Cornerstone Youth Club in Draperstown for the award-winning project, which allowed the students to socialise with elderly members of their community.

The group created an eco-friendly garden for residents in the fold, many of whom were unable to carry out this kind of work.

Fold members were delighted at the results, which included erecting bird boxes, feeders and fat balls, as well as weeding overgrown areas and planting wildflowers in the garden.

Throughout the project, the young people maintained the garden, carrying out litter clean-ups in the parish alongside local primary schools.

Entertainments nights were held in the fold for the young people, who visited the residents regularly, while Cornerstone Youth Club also hosted pizza and quiz nights for fold members.

The project was supported by local charities S.T.E.P.S. and the Men’s Shed, who advised the young people on inclusion activities for the health and wellbeing of pupils and fold members.

The TES (Times Educational Supplement) awards are held each year to recognise the work and commitment of schools and teachers.

They are regarded as among the most important accolades within the education sector.

There are a total of 18 categories each year.

Among the shortlist, there are a number of schools and teachers from throughout Northern Ireland.

St Colm's is one of two schools from County Derry shortlisted for an award.

St Cecilia's College in Derry city has been shortlisted in the Secondary School of the Year category.

The winners of the awards are usually announced at a special awards night in London.

However, due to the pandemic, this year the winners will be announced during a virtual awards event on Friday, November 13.

TES Ann Mroz paid tribute to all the shortlisted schools and teachers.

“It is always a highlight of the education calendar to see the best ideas and people lauded at the Tes Schools Awards,” she said.

“But this year, it felt more important than ever to run an event that showcased and celebrated the hard work that teachers and school staff do for children and their local community every single day.

“This has been one of the most difficult years in education, but – as ever – teachers continue to rise to the challenge.

"We had a record number of entries this year and the standard was very high, so all those shortlisted should be very proud: it's an extraordinary achievement to be on this shortlist,” added the TES editor.