Councillors ask for a report on the issues involved 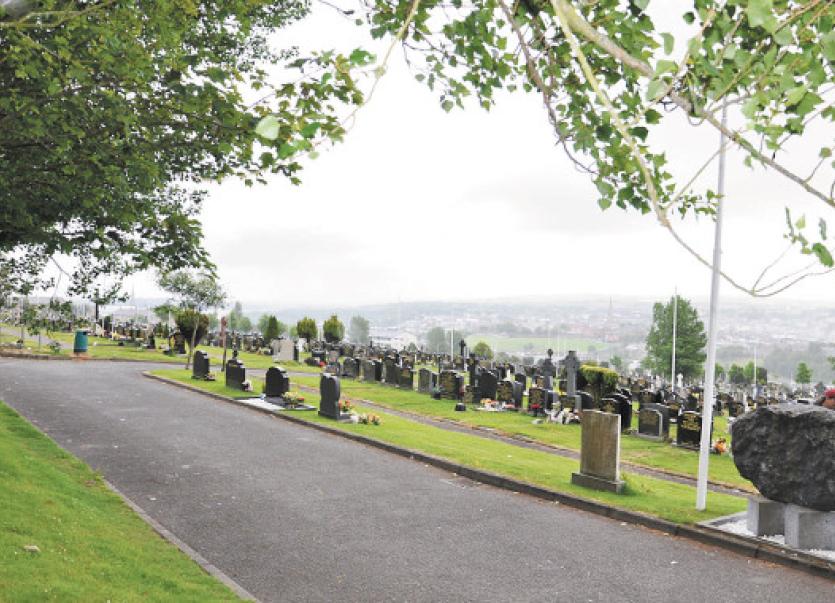 The City Cemetery in Derry.

Some families of people buried in Derry's City Cemetery have been contacted by the local council over items which are placed on their graves.

It is understood that letters were recently sent to the families by officials from Derry City and Strabane District Council.

The issue came to light on Thursday at the council's full monthly meeting.

Several councillors told the meeting that they had been contacted by some of the families involved.

Independent councillor Gary Donnelly said he had spoken with some of the people who had received letters from the council.

He said that they were worried that the items on the graves would be removed by the council.

Cllr Donnelly asked for a report to be prepared outlining the issues involved, and requested a 'guarantee' that none of the items would be removed until local councillors had had the opportunity to discuss the findings of the report.

Sinn Fein councillor Christopher Jackson said he also had been contacted by families who had received letters.

Cllr Jackson said he met with the families and council officials at the cemetery last Wednesday to discuss the matter.

He praised the council officials for their efforts to explain the rational behind the letters to the families concerned.

The council's Mayor, SDLP councillor Brian Tierney, said he had recently spent a day at the cemetery as part of his 'Day in the Life' series.

He said he understood the arguments on both sides but added that he realised it was a 'very delicate matter'.

A council official told the meeting that they would prepare a report on the matter.

The official added that they were happy to engage with councillors or families that they have been in contact with on the issue over items being placed on graves.