A local councillor has called on the police to do more. 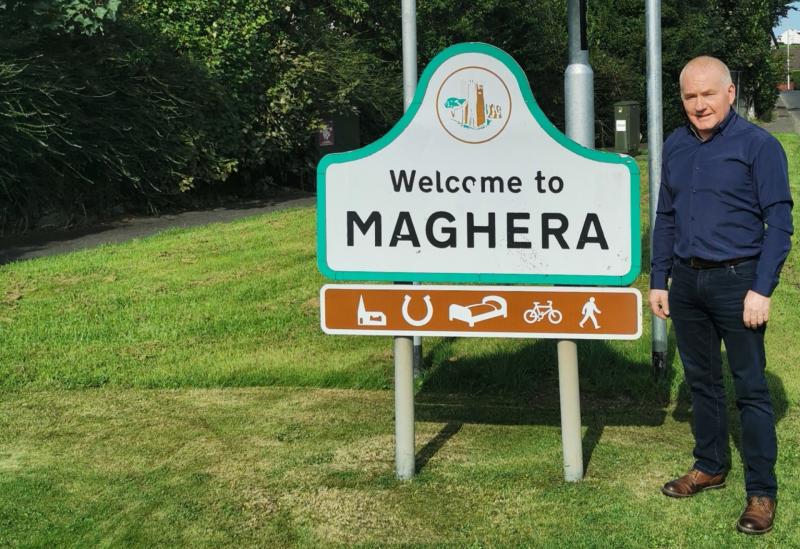 A local councillor has called on police to get tough with scrambler drivers who are 'making life hell' for residents living in parts of a County Derry town.

Cllr Brian McGuigan has issued the call for action after a number of residents in the Sunnyside and Crawfordsburn areas of Maghera reported people using scramblers recklessly in public areas.

“Those responsible clearly don’t care about their neighbours or their communities,” said the Mid Ulster District Councillor for Carntogher.

“Having seen at first hand the reckless activity of those racing around on these scramblers, they are not children and as mid- teens and adults should know better.

“Many of the residents who have contacted me are elderly and frightened. Some residents are afraid for their own safety when out for leisure walks.

“These off-road vehicles are being driven on footpaths and recklessly at the open green space area behind Maghera Leisure Centre. This is unacceptable and needs to stop.”

Cllr McGuigan has pleaded with the parents or guardians of the young people involved to ensure they do not operate them in public areas.

“I urge young people to stop using off-road vehicles in public areas and I ask their parents or guardians to ensure that this is complied with,” he said.

“These vehicles are not being driven in a safe environment and certainly not in a safe manner.  This is an off-road sport, and within the District, there are facilities available to accommodate those who which to participate in a controlled environment.

“Within the Sunnyside estate, on a daily basis, residents are fed up that children cannot play outdoors in a safe environment due to high speed dangerous scrambler activity weaving throughout the area.

“Parents and guardians need to be aware when they are informed that the reckless anti-community vehicle behaviour that their young teenor adult continuously engages with is not 'harmless fun'.

“Residents need to have confidence that when they report the reckless use of off-road machines in public places that the law will be enforced and the vehicle taken off the street for good.”

The Sinn Féin representative says the PSNI are aware of the ongoing incidents in the town and has reiterated a call for action to be taken.

“It is a shame that, yet again I am highlighting the dangers on the inappropriate use that off-road vehicles are causing in Maghera.

“This is unacceptable and needs to stop. It is a policing matter and the local policing neighbourhood teams are well aware off for months.

“I am calling on the PSNI to immediately put an end to this dangerous behaviour as a matter of urgency.”

Police in the Maghera area have said they are aware of reports of scramblers being used in the Crawfordsburn and Sunnyside areas of the town.

“We have engaged with the local community in relation to this issue and are working with partner agencies to try and deter people from it,” he said.

“The use of such motorised vehicles as a leisure activity can be both exciting and fun however, if used inappropriately, this can be against the law in certain circumstances.

“Some scramblers, do not comply with Construction and Use Regulations and Vehicle Safety Standards and therefore are restricted to “off-road” use only.

“This does not mean that they can be driven anywhere off-road. The vehicles should only be driven on private land where the landowner has given permission and should not be driven on pavements, roads, public property or parks.

“Insurance and safety equipment must be complied with as well in order to drive these vehicles legally.“Police have the power to seize these vehicles when being used inappropriately or illegally and will do so in an effort to ensure public safety.

“I would like to remind the community of the dangers associated with the use of off-road scramblers and anyone thinking about buying these vehicles must first think about where it is going to be used and the legalities surrounding its use.

"They are not toys. It is vital that children and young people understand and respect the power of these machines and it is vitally important that the appropriate safety equipment is used and that their use is properly supervised.