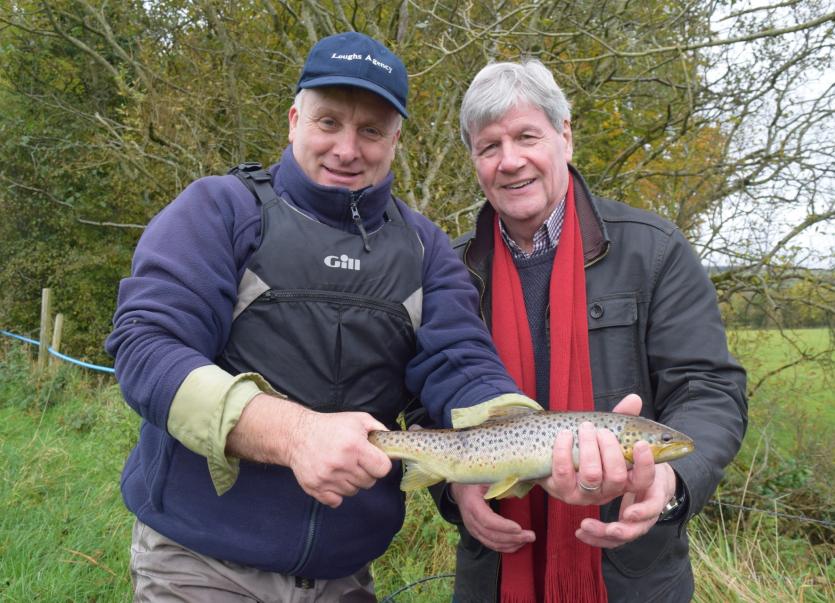 A new TV programme about life on and around Lough Foyle begins later this evening.

Joe has spent several months exploring the unique watery environment of Lough Foyle, and this ten part series will take the viewer on a fabulous journey on one of Ireland's great river systems.

The Foyle takes in East Donegal, most of West Tyrone and the north west of Derry and includes 16 major tributary rivers.

It straddles the border between Northern Ireland and the Republic.

The lough also encompasses a large number of towns, villages and, of course, a major city, all of which derive much of their character, and some indeed which owe their very existence, to their proximity to the Foyle and its tributaries.

Joe said: “It would be almost impossible to deliver a comprehensive travelogue on everywhere connected to the Foyle, but the team and I rose to the challenge and while we had to be selective, I can promise the viewer an enlightening, engaging and visually arresting experience, with help from the wide range of native dwellers, story-tellers, scholars and experts that we have met along the way.”

Joe will also spend time with government bodies, agencies and charity groups whose main aim is to ensure the lough and surrounding areas, and its many natural inhabitants are all looked after.

One of the great attractions of this series will be the stunning aerial photography which shows off the dramatic land and seascapes of the North West region as they have never been seen before.

The series kicks off with Joe spending time with Loughs Agency workers as they conduct an electro-fishing survey of returning sea-trout on the Altinaghree Burn in the hills above the County Tyrone village of Dunnamanagh.

Later, in the ancient graveyard at Ardstraw on the banks of the River Derg, historian William Roulston uses the headstones to trace the influence of Scottish settlers in the Foyle catchment over the centuries.

The series has been part-funded by Northern Ireland Screen’s Ulster-Scots Broadcast Fund.

Northern Ireland Screen’s CEO, Richard Williams said: “We were very excited when Joe brought his Lough Foyle idea to us.

“Not only is Joe’s warm conversational style of presenting already incredibly popular with viewers, but throughout his career he has been a great champion of linguistic variation.

“Joe has always sought to reflect and preserve the natural voice of the people who feature in his programmes, promoting the particular characteristics of local populations that make each place unique.

“This fits perfectly with the aims of our Ulster-Scots Broadcast Fund and we are sure Lough Foyle will be a big hit with audiences while also making a strong contribution to the status and promotion of Ulster-Scots heritage and culture.”

UTV’s Programmes Editor Tony Curry said: “We are very excited about this new series. Joe’s programmes remain a firm favourite amongst UTV viewers who look forward to his easy, relaxed style, as he explores Northern Ireland’s rich heritage and the people and places along the way.”

The first episode of the new series is on UTV at 8pm this evening.