Ozzie Rogers (17) passed away earlier this month after battling the disease for almost two years. 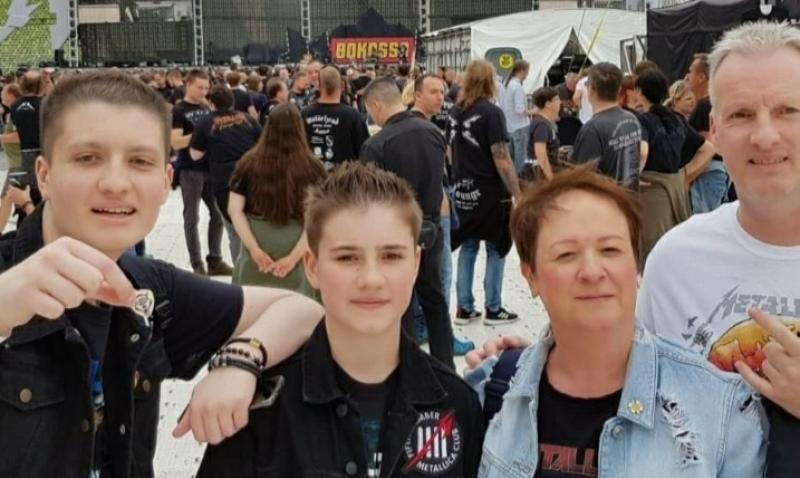 A County Derry mother has called for Northern Ireland to develop a specialist Teenage and Young Adult (TYA) palliative care and says her son was 'completely failed' by the Belfast Trust in his final week.

17-year-old Ozzie Rogers, from Knockloughrim, passed away earlier this month after battling acute myeloid leukaemia for almost two years, and had pleaded with staff to be allowed to spend his final days in a more familiar setting.

A keen rock music fan, the Magherafelt High school student played guitar and had travelled to Munich to see Metallica and meet their lead singer, James Hetfield, as part of a Make A Wish Foundation trip.

Mum Miranda has been left heartbroken by the cirucmstances surrunding his final days, when an alleged mix up in medical personnel resulted in a delay to Ozzie's palliative care, leaving him in what she has described as 'horrific pain'.

Miranda has also voiced concerns about how the doctor responsible for the teenager's care had allegedly interacted with him.

“Ultimately, my grievance is about my son's end of life palliative care that failed him,” she told the County Derry Post.

“What he was told the Monday before he passed away was shocking. He arrived at 10am that Monday, after I'd left to get breakfast and shower at the Amy's the Clic Sargent House just off the Lisburn Road.

“Simon, my husband, was with him and told me he knelt down to Ozzie and said “you're not going to beat this, it's not going to end well'. Who would say that to a 17 yr old child?

“When I returned back from Amy's House, I could sense a change in atmosphere. I was told what was said.

“I was raging with anger. I told Ozzie's social worker, his TYA nurse, nurses on the ward. The deputy sister I took to one side was shocked and even looked at Ozzie's notes.

“I was told by her and another nurse that the Dr had written that he thought he had offended or upset Ozzie by what he said.” 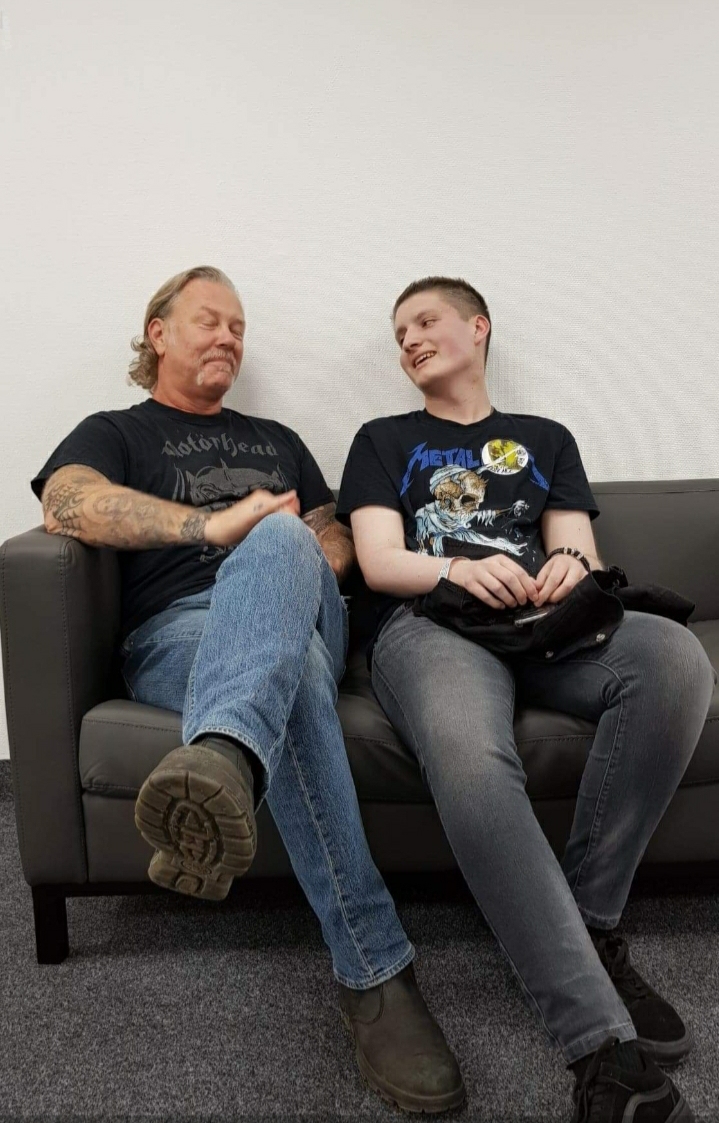 The following day, with Ozzie in clear pain, Miranda agreed to allow the palliative care team to become involved, but it took until the Thursday, two days after her initial request, for the care to be delivered.

Nursing staff administered morphine and a series of Midazolam injections, but Ozzie remained in a distressed state.

“He was still in horrific pain,” said Miranda.

“I called for a nurse again and Ozzie cried out to her, 'sedate me, knock me out, I am dying'. His daddy had rubbed his back all day from 7am until 8:20pm the moment he passed away.

“Throughout that day he reached out his hand for love from me. I never left him, I told him how much we loved him, how much his friends loved him.

“He looked longingly at me and said 'Mum, live your life, don't do anything stupid', then raised his hand, touched my cheek and grabbed me for a hug.

“His daddy came round kissed him and hugged him too. My husband said if Ozzie had been too sedated at that stage, he would never have witnessed such a beautiful moment between mother and son.

“It breaks my heart he died in so much agonising pain, basically was drowning in fluid. In his near 2-year battle with leukaemia, he had never cried out in pain throughout treatment.”

Miranda is calling for people to support a petition launched by the family of Eimear Smyth, another teenager who was on the ward with Ozzie, for a dedicated TYA palliative care unit.

“My Ozzie had experienced 18 months in the Children's Haematology Unit at the Royal Children's hospital where he was cared for,” she said.

“Not once did Ozzie complain about his illness, but so desperately wanted ultimately home but was too unwell. He asked to be transferred back to Children's for treatment, which was denied.

“We enquired about the hospice Macmillan Unit but was told he wouldn't receive the antibiotics he was on, so he knew he would ultimately pass away.

“He wanted off 10 North as he knew I was not happy there either. I was having to lay on a reclining chair for 5 weeks on this admission and a previous 6 weeks back in May.

“10 North is not equipped to facilitate beds for parents to be able to stay with teenager son or daughter. A friend even brought me a fold-away bed as light as lifting a bag of shopping.

“I was able to use it for a week, until I was told that senior hospital management didn't allow it because of health and safety issues and a previous incidence on the ward.

“The bed was so easy to lift and fold away the big red cumbersome reclining chair was so heavy to even move, to even make every night as my bed.

“Why was there no TYA unit for our children? Why were they treated in an adult world, a forgotten generation from the transition from paeds to adults?

“Northern Ireland needs a TYA unit like the other 28 units on the mainland of the UK.” 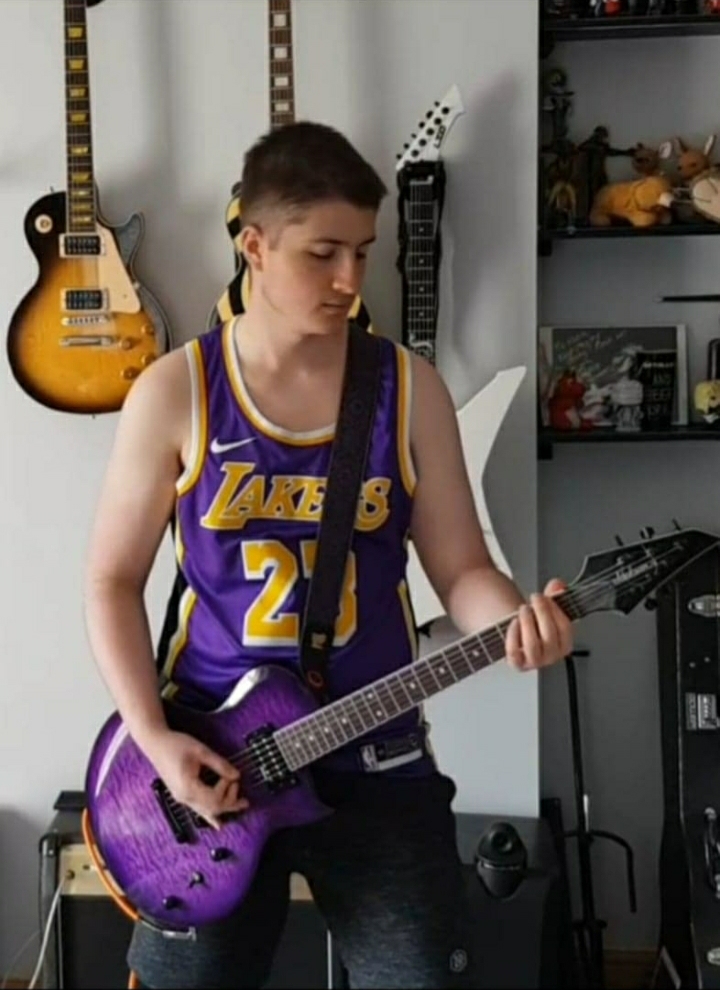 Ozzie was a keen guitarist and loved rock music.

Miranda is also calling for increased awareness of the importance of blood and stem cell donations, and says they were a huge help to Ozzie.

“I want as many people to sign the petition, raise awareness of how vital blood and stem cell donations are,” she said.

“Ozzie had an extra year of life from selfless people. He learnt to drive, had a lovely car, received so much support generous donations from all over the world.

“He passed his GCSEs, had his Make A Wish and flew to Munich to meet Metallica, which he said was the best day of his life.

“On his final journey his service of thanksgiving for his life, you could see the love and friendship by the sheer number of people that lined the streets in Tobermore and his home of Knockloughrim.”

The Department of Health (DoH) have said a specialist team is available to treat teenage patients who are too old for a paediatric setting.

"Belfast Trust ensures teenagers who have a life-threatening illness but are too old to be cared for in a paediatric setting are cared for by the appropriate specialist team in order to treat their condition," said a DoH spokesperson.

"For this young man, his care was delivered in our specialist inpatient haematology unit. The ward is supported by the Teenager and Young Adult team which includes specialist nursing and social work support and advice.

"Any teenager or young adult admitted is nursed in a single room, and all multi professional teams work closely together to ensure the patient received the highest standard of care and treatment.

"All staff involved in the care of the young person complete mandatory training on the safe guarding of children."

The Department have also said a steering group are currently looking into issues that impact young people from 16-18 years of age who are dealing with a cancer diagnosis.

"Last year coproduction work began on the development of a 10 year Northern Ireland Cancer Strategy, with policy makers, health representatives and charities actively working in its development," they said.

"The cancer strategy seeks to maximise the patient voice by fully involving lived experience cancer patients and experienced health professionals at all levels.

"The project is led by a steering group which is supported by 7 sub-groups; prevention, diagnosis, treatment, care and support, living well, palliative/end of life and children and young people, all of which are co chaired by a person(s) with lived experience of cancer.

"The Group is considering a range of issues which include service models and consider development of an all island service for children and young people including palliation, outcomes, late effects, fertility preservation, workforce across the MDT, service development, resilience and sustainability, access to clinical trials and support for research, physical infrastructure, psychosocial impact on children & young people, their family and wider issues including access to education, training and employment.

"The sub-groups findings and recommendations arising out of these discussions will be incorporated into our strategy.

"It is our intention that the strategy will be available in draft by the end of December 2020 and following consultation will be finalised by the end March 2021.”

The petition for a dedicated TYA palliative care unit can be signed here.