It follows a request from a local mother. 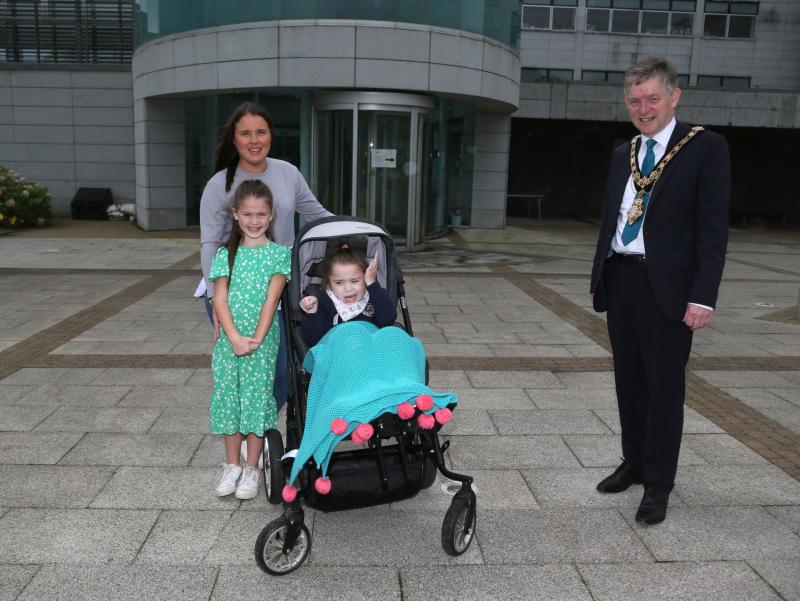 Causeway Coast and Glens Borough Council headquarters at Cloonavin will turn green this week as part of a worldwide initiative to mark World Mitochondrial Disease Week.

It follows a request from Coleraine mother Carly Kerr whose daughter Caitlin was diagnosed with the condition three years ago after a sudden seizure.

The 12-year-old is the only person in Northern Ireland living with the genetic condition, which has left her unable to see, walk or eat unassisted.

“When Caitlin was born I had no idea that this would happen to her, but our lives have now changed forever,” she said.

Since then I have received a lot of guidance from The Lily Foundation, the UK's leading mitochondrial disease charity, and I’m so grateful that the charity was there for me since Caitlin’s diagnosis.

“Some people might know that Coronation Street is currently running a storyline on the disease and this has definitely got more people talking about it and I hope that by sharing our experience we can generate much needed awareness about the condition.

“Caitlin now attends Sandelford School in Coleraine, and they are fantastic with her. It’s a wonderful school, and no-one knows the difference they have made to Caitlin and myself since she started there.

The Lily Foundation was set up in 2007 by Liz Curtis, in memory of her daughter Lily, who died from mitochondrial disease at eight months old, to improve the lives of those affected.

As well as raising awareness, Liz said that raising funds for research into effective treatment was hugely important.

“Mitochondrial disease can affect any person at any time of life, so it's vital to educate and inform the public about it, and to fund research into effective treatments,” she said.

“We're so proud of our supporters who have worked so hard to raise awareness about this important cause, and grateful to the local councils and sites that have agreed to take part."

Mayor of Causeway Coast and Glens Borough Council, Alderman Mark Fielding, said the council were delighted to support the initiative.

“The Kerr family’s experience highlights the devastating effects of mitochondrial disease,” he said.

“Awareness and research are vital to help people like Caitlin in the future. I would like to pay tribute Carly for her efforts and I’m glad we are able to make this gesture and join the campaign.”

Mitochondrial disease, or mito, refers to a group of progressive and often life-limiting genetic disorders that affect one person born in the UK every day.

Since 2007, The Lily Foundation has worked to raise public awareness about the disease, support those affected, and fund scientific research towards a cure.