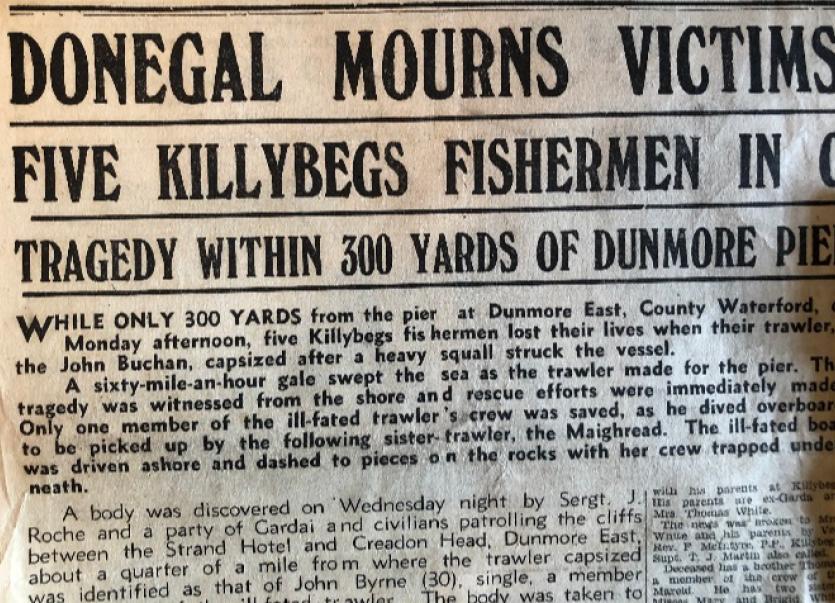 A Donegal newspaper clipping from the time

In February 1958, the ‘Jack Buchan’ was only a few hundred yards from Dunmore East harbour in Waterford when a huge wave hit, capsizing the trawler. 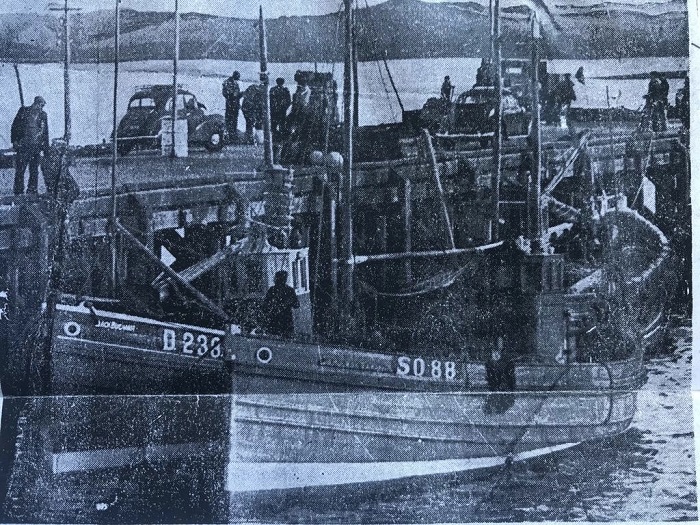 (Caption: Photo of the Jack Buchan)

Now Enda has learned that the sole survivor of that accident, washed overboard and rescued before the trawler sank, is still alive and living in Donegal. 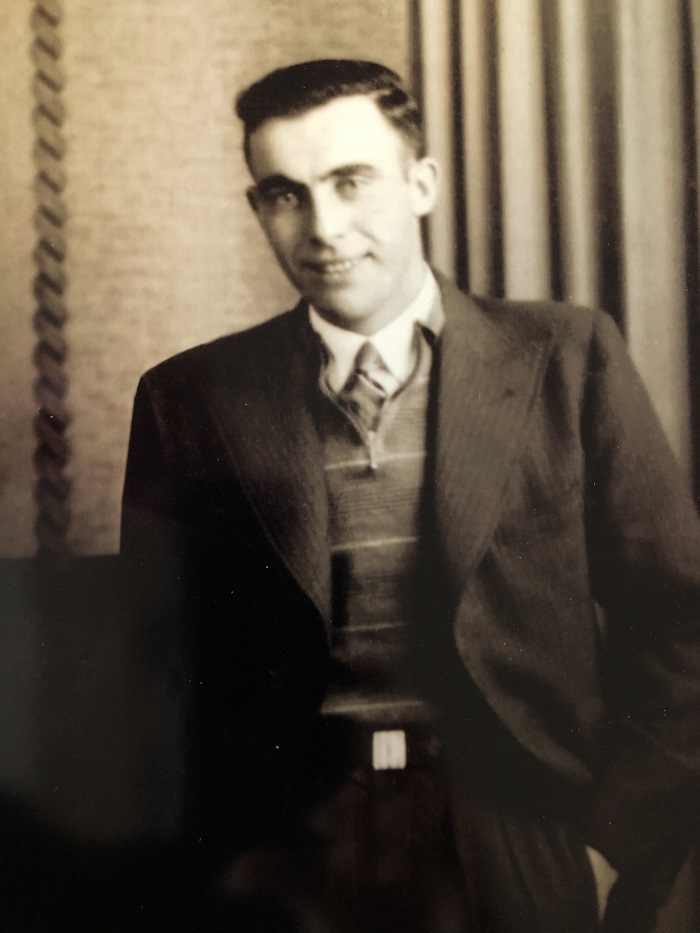 John James Lyons hasn’t talked publicly about the tragedy for 62 years, but has agreed to meet Enda to tell him about the events leading up to the sinking of the Jack Buchan, his dramatic rescue as he clung to a fishing basket, and the great uncle Enda never got the chance to meet.

In Stories in Sound: The Sinking Of The Jack Buchan, Enda also spends time with Donnchadh’s children, still consumed with grief 62 years later, and travels to Dunmore East to meet the men who saw what happened all those years ago – the worst tragedy to hit the harbour for many years, which is still talked about in the village to this day. 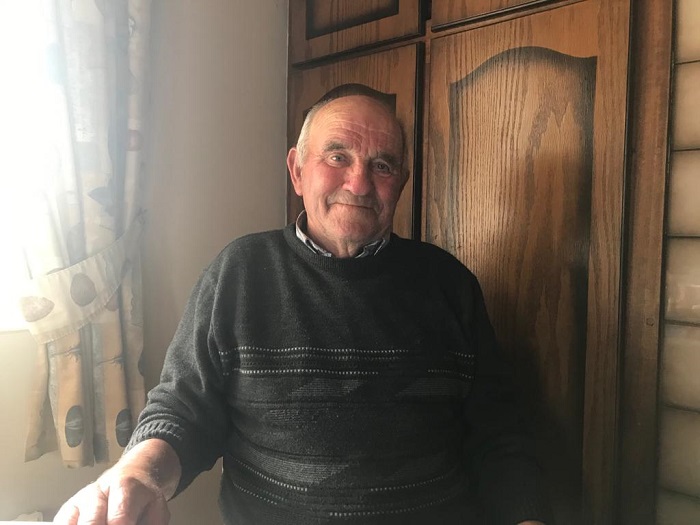 (Caption: John James Lyons is the sole survivor of the tragedy)

The documentary is on Saturday, September 26, on BBC Radio Ulster/Foyle at 12pm, and also on BBC Sounds.

Kelsey Stokes' pink coffin being taken for burial in the City Cemetery.

Tributes to the two young girls have been left at the scene of the tragedy.

Rescue 118 has been assisting in the search

Man pronounced dead after being airlifted from Donegal beach