Calls for train halt at Ballykelly

A local MLA has written to the Minister for Infrastructure with the idea. 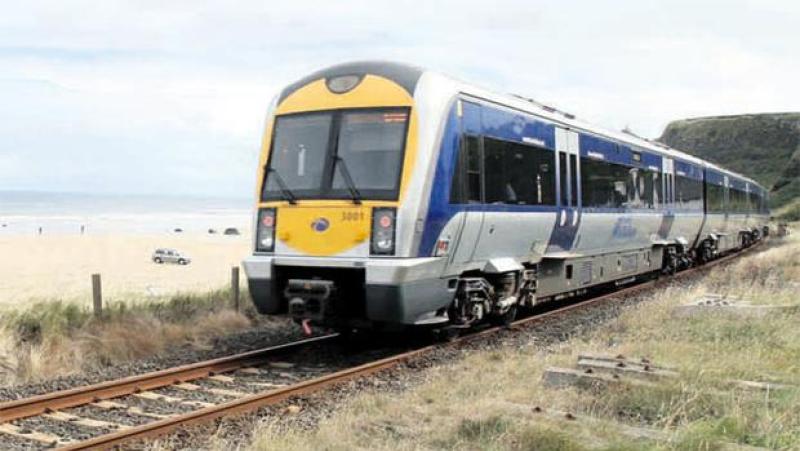 East Derry MLA, Caoimhe Archibald, has called for a halt at Ballykelly to be included in the third phase of the upgrade of the Coleraine to Derry train line.

Infrastructure Minister Nichola Mallon has announced an updated feasibility study for phase three of the Coleraine to Derry train line, providing an opportunity for a stop at Ballykelly.

"A halt at Ballykelly would be a positive addition to the Coleraine to Derry line,” said the Sinn Féin representative.

“There is an opportunity to include a stop at Ballykelly, therefore I have asked the Minister if she will include this in the feasibility study.

“We are all aware of the challenges we face in tackling the climate emergency and transport has a key role within any plans.

"There needs to be adequate public transport infrastructure to ensure people have the opportunity to make it their first choice for travel.

“The Department of Agriculture Environment and Rural Affairs headquarters, is located in Ballykelly and a train halt would provide the opportunity for staff to use public transport to travel to work."