Concern at the 'dire state' of some of the council's facilities 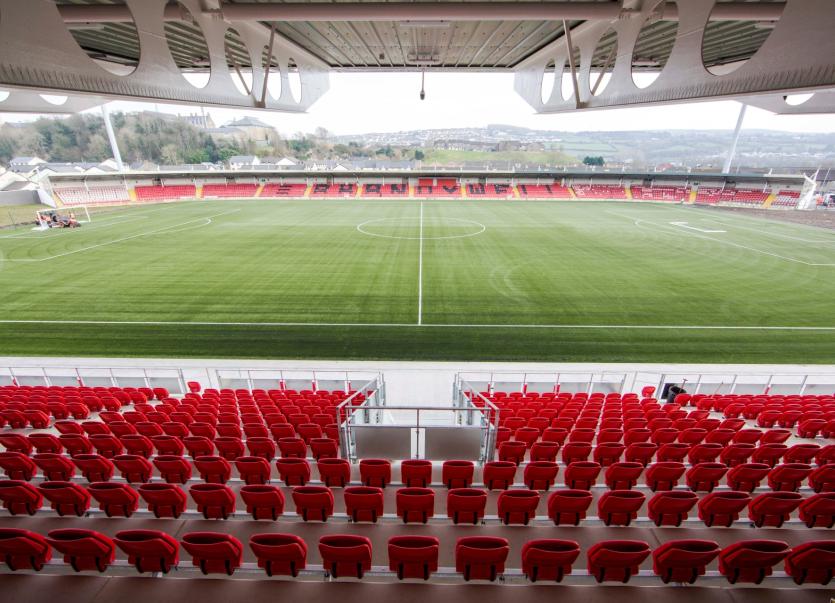 Derry City and Strabane District Council is looking to reintroduce the use of a controversial weed killer on its 3G pitches.

The council has said that a number of its pitches are in a 'dire state' because of the impact of weeds  on the artificial playing surfaces.

As a result, the local authority wants to reinstate use of a weed killer called Glyphosate.

However, this would go against a decision taken by the council last year to stop the use of Glyphosate within council facilities because of research which showed that the chemical could be a cause of cancer.

In 2015, the World Health Organization’s International Agency for Research on Cancer identified Glyphosate, the world’s most commonly used weed killer, as a probable human carcinogen.

The local council passed a motion in February 2019 which stopped the use of Glyphosate on its pitches.

However, officers from the council brought a report before the council's Health and Community committee on Thursday in the Guildhall to put forward the case for reinstating the use of the weed killer.

The report stated that the council had committed a 'significant capital investment' in its 3G pitches.

The report said maintenance of the pitches was needed.

“At present, there is encroachment of weeds on several of the 3G surfaces. If not managed effectively these weeds will take root and damage the carpet from the base upwards.” it stated.

“The manufacturer’s guidelines for the 3G carpet of these pitches requires that the surfaces are maintained weed free. With no viable alternative at present, the use of weed killer is necessary to maintain the manufacturers guarantee on the 3G carpet surfaces.”

The report said some of its pitches are required to be inspected to maintain the required standard for clubs to be eligible to play at the higher levels in several leagues.

This is the case for the pitch at the Ryan McBride Brandywell Stadium which is used by Derry City in the League of Ireland and Institute in the Irish League.

“This accreditation is put at risk if the weeds are not kept under control on these pitches,” the report outlined.

The report recommended that councillors approve the use of weed control spraying when necessary to maintain the surface and protect the council’s investment in the 3G facilities.

However, speaking at Thursday's meeting, Sinn Fein councillor Patricia Logue, who put forward the motion last year which led to the discontinuation of Glyphosate in council facilities, said she could not support the reintroduction of the weed killer.

She said it would be a 'step back'.

"The council must invest in other ways of dealing with weeds." added Cllr Logue.

DUP Alderman Maurice Devenney said he came from a farming background and understood the importance of dealing with weeds.

He said the council was 'between a rock and a hard place' on the issue as the weeds needed to be dealt with.

"As long as it is done safely and in the right manner I would not have a problem with it," said Cllr Devenney.

SDLP councillor Sean Mooney asked if pitches would have to be closed if the weed killer was to be used.

Barry O'Hagan, the council's Head of Leisure, said it was his understanding that a pitch would need to be closed for 24 hours to facilitate the use of the weedkiller.

Independent councillor Gary Donnelly questioned if members of the committee would be going against the corporate position of the council if they supported the reintroduction of Glyphosate within local facilities.

Mr O'Hagan told the meeting that some of the council's 3G pitches were in a 'dire state' and there were 'major concerns' that they would be taken out of use if the weed problem was not addressed.

It was decided at the meeting that a further report should be carried out by council officers on possible alternatives to Glyphosate when dealing with weeds.

This report will be brought before a council meeting next month at which a final decision on the matter is expected to be taken.