Initial cost of a proposed new shirt factory sculpture in Derry has risen by £70,000 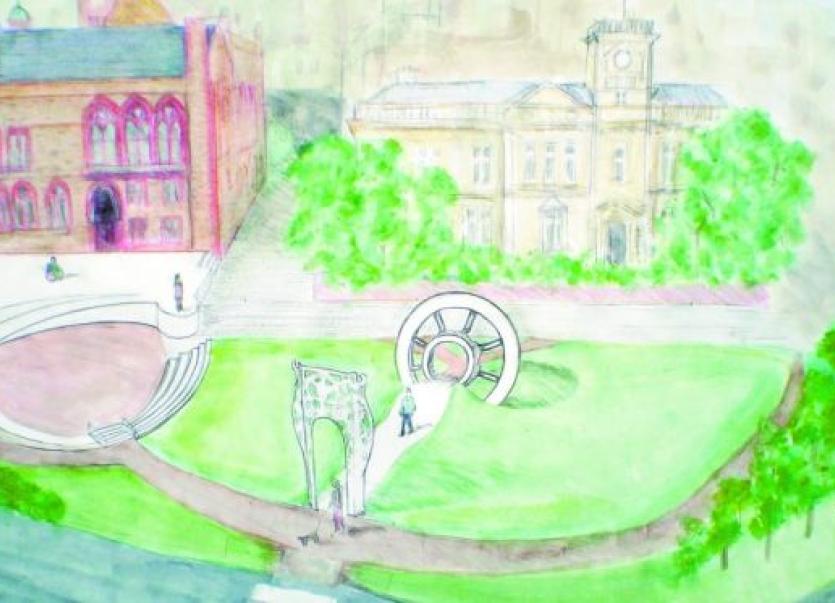 An image of what the original shirt factory sculpture was supposed to look like at Harbour Square.

The initial cost of a new public artwork in honour of Derry's shirt factory workers has risen significantly, it was revealed this week.

The long-running saga over the creation of the shirt factory sculpture in Derry stretches back 14 years.

Artist Louise Walsh originally started work on the proposed sculpture back in 2006.

The plan at that time was to locate the sculpture at King Street in the Waterside.

However, due to planning issues, the location of the proposed sculpture was then changed to Harbour Square close to the Guildhall.

The sculpture was designed and built but was never erected.

Then, in 2018, the project was shelved by Derry City and Strabane Council, having cost £85,000 of public money.

However, in July 2019 the council put forward a new plan for a separate artwork in Harbour Square in honour of the shirt factory workers.

SDLP councillor Rory Farrell asked for an update on this project at a meeting on Tuesday of the council's Business and Culture committee in the Guildhall.

Stephen Gillespie, the council's Director of Business and Culture, told the meeting that the initial cost of procuring a design team for the artwork had been estimated at £100,000, of which council would be expected to pay 10 per cent with the Department of Communities (DfC) covering the rest of the cost.

However, Mr Gillespie said that the cost of this phase had now risen to £170,000, so the council would be expected to provide another £7,000.

He said the submission for initial stage of the project would be with DfC 'very shortly' for ministerial approval.

He said council officers had worked 'very hard' on the project but added that it was 'not straightforward' putting a public artwork within a regeneration project.

“I make no apologies for the delay as I want to make sure we do not make the same mistakes that we made previously where the procurement strategy wasn't right and the foundations of the project wasn't right,” he said.

Sinn Fein councillor Patricia Logue said she realised it had 'not been an easy process'.

She asked that a group of former factory workers who the council had previously been in contact with be updated about the new project as 'a matter of courtesy'.

The new Visit Derry centre is at Waterloo Square.