A local councillor has said the attack appeared 'co-ordinated'. 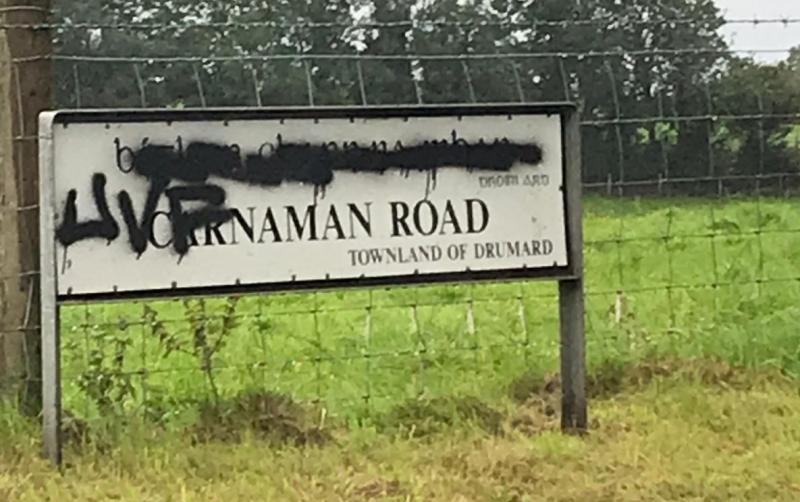 A spate of sectarian graffiti attacks on property in the south Derry area last week has been condemned by a local councillor.

The graffiti appeared on a number of properties in Magherafelt, Bellaghy and Maghera during the early hours of last Wednesday morning.

Mid Ulster District Councillor for the Carntogher area, Sean McPeake, said described the damage as an attack on the entire community.

“Like many locals I was shocked at the extent of graffiti incidents of damage that appeared on local road signage, bus stops and private buildings last week,” he told the County Derry Post.

“Approximately a dozen items were damaged in what appears to be a coordinated attack which stretched from Castledawson Road, Magherafelt to Gulladuff Road, Bellaghy and Ranaghan Road, Maghera.”

“This criminal damage shows the level of hatred and intolerance's that exists within elements of society and needs to be strongly condemned.

“Those attacking public and private property need to know that they are attacking the entire community when they are causing such damage.

"I commend local residents who along with Mid-Ulster District Council officials have since repaired some of the damage caused,” he said.

“I have met with senior PSNI personnel and asked them to bring those responsible speedily before the courts,” added Cllr McPeake.

A police spokesperson said they were aware of the incidents.

"Police are aware of reports of criminal damage in the Mid Ulster area believed to have taken place sometime between Tuesday 1st and Wednesday 2nd September," they said.

"Our enquiries are continuing and we would appeal to anyone with any information in relation to these incidents to contact police on 101.