The 'Dungiven5' event was held amid the Covid-19 lockdown. 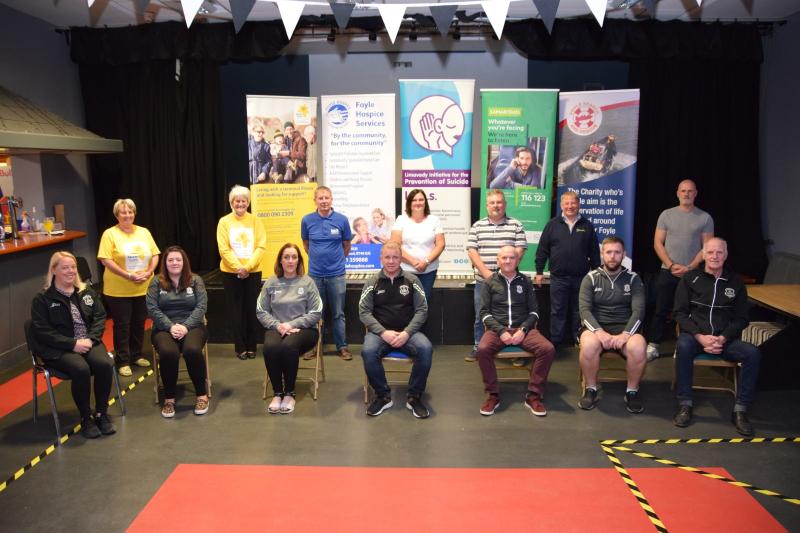 Club members pictured with representatives from the five charity beneficiaries.

Members of a County Derry GAA club have stepped up to raise a fantastic amount of money to support local charities.

St Canice's GAC, Dungiven have praised the 'immense effort' from their membership in raising over three times their intended target in a recent fundraiser.

The club launched the 'Dungiven5' initiative back in June in an effort to raise £5,000 for five chosen charities and to cover a distance of 5,000km in the process.

Last week they were able to present each charity with a cheque for £3,200, having raised a huge total of £16,000 from their efforts.

A spokesperson for the club said they hope to run the event on an annual basis from next year.

“We really hope that the Dungiven5 can be an annual event where we can support charities that are most in need,” they said. 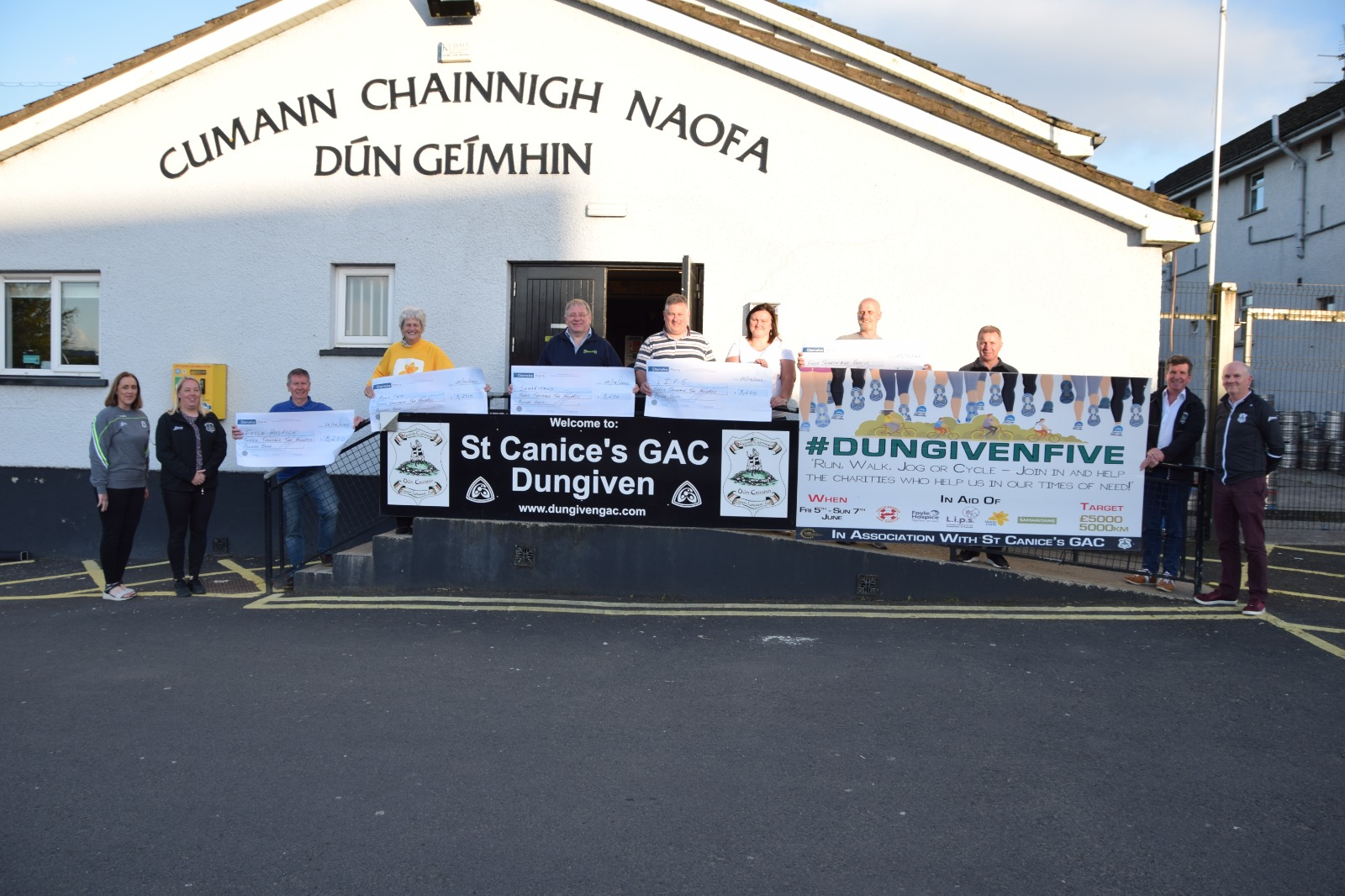 Club members and charity representatives pictured outside the club.

“The club are delighted and would like to thank the immense effort put in by our committee, club members, players and everyone in our community who participated and/or contributed in any way.

“The charities were blown away by the generous donation as it has been very challenging times for them with fundraising opportunities literally non existent during lockdown.

“We know they will put the money to good use and we thank them for all the amazing work they do and wish them well with their ongoing projects.”

Many charities have suffered a massive drop in their income because of the coronavirus pandemic.

As a result, the money raised by the Dungiven club will be a huge boost to the local organisations during their difficult period.