Willis Vogel's sister said she had been 'overwhelmed' by the support. 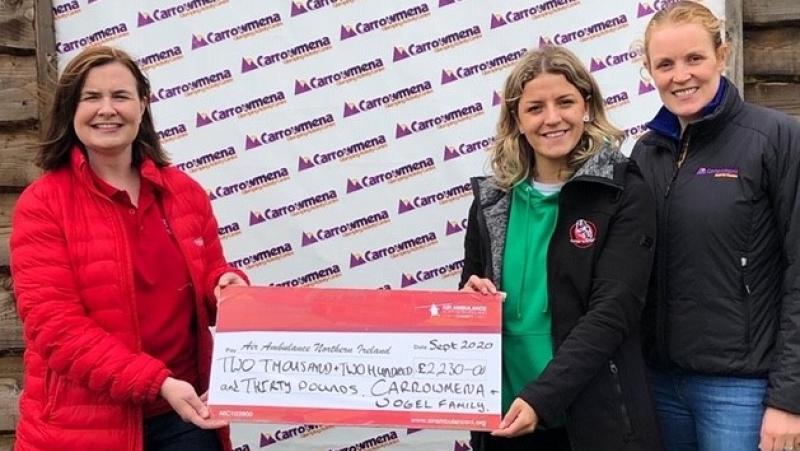 The family of a County Derry man who died tragically earlier this year have now raised almost £30,000 for a charity which came to his aid.

Willis Vogel, from Limavady, died on May 31 following a crash on the Meenacloy Road between Castlederg and Ederney in County Tyrone.

His Kawaski motorcycle was involved in a collision with a black BMW X5 at around 11am.

The driver failed to stop and the vehicle involved was later found in County Donegal.

Mr Vogel, a former student at Limavady High School who had recently started a job as a trainee engineer with Openreach, had been out for a ride with friends to Sligo and was returning home when the tragedy happened.

The charity, Air Ambulance NI, was dispatched but the local man died at the scene.

Since Mr Vogel's death, his family have organised a series of fundraising events for the air ambulance charity.

Together these events have raised almost £30,000.

The latest event was a Maize Maze at the Carrowmena Activity Centre in Limavady where Mr Vogel previously worked.

The fun day last month managed to raise a further £2,230 for the charity.

This will help keep the Helicopter Emergency Medical Service (HEMS) flying and the team providing a chance to save lives.

Mr Vogel's sister, Christa, thanked everyone who had supported their efforts.

“I am overwhelmed by the amount raised and the success of our first event,” she said.

“I am so proud to be able to keep Willis’ name alive.

“He’ll never leave us, in our hearts and thoughts forever, until we meet again.

“Thank you to everyone who came along and braved the puddles and mud to take part in the fantastic Maize Maze.

“Every single donation has been much appreciated and will be put to good use by the charity.”

The service brings urgent medical assistance to anywhere in Northern Ireland, operating seven days a week for 12 hours per day.

The charity requires £2m a year in fundraising to keep up its work.