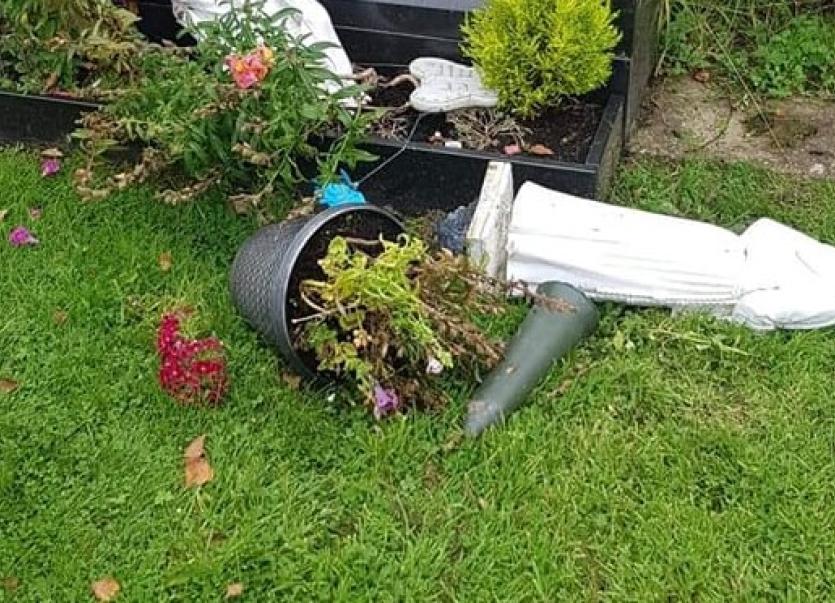 Some of the damage caused to the graves.

A number of graves in Derry's City Cemetery were vandalised over the weekend.

It is understood that several graves in the lower part of the cemetery were affected by the vandalism.

Statues were overturned and other damage caused to the graves.

A large number of empty alcohol bottles were also found strewn around the graves.

Families visiting the cemetery today were shocked and upset to see the vandalism.

Local councillor Gary Donnell said he was disgusted by the attacks.

“If those behind the vandalism at the City Cemetery could see the grief and devastation on the face of a mother who called to my home on a Sunday afternoon after finding the grave of her two sons desecrated, they would realise the consequences of their actions,” he said.

“Obviously the CCTV recently installed at great expense is not a deterrent.

“Graveyards are a place of reflection and solace for grieving relatives.

“The hurt you are causing is not on, wise up,” said Cllr Donnelly.