Derry's council reveals that it lost £645,000 as a result of the closure of its leisure centres during the coronavirus lockdown 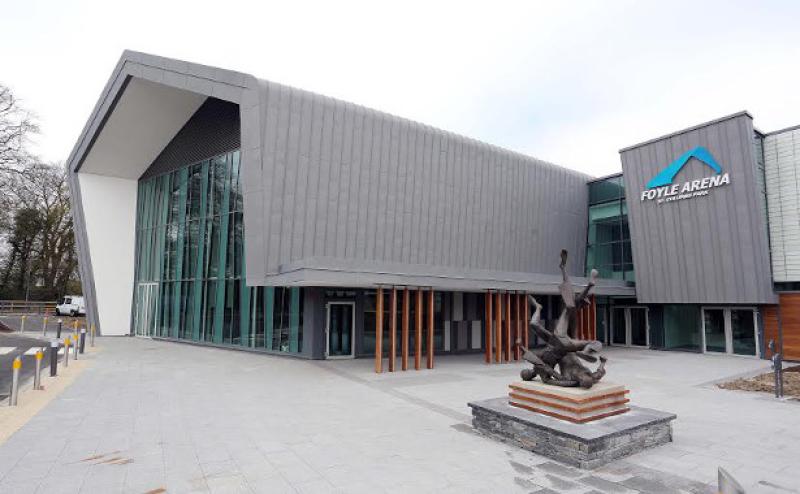 The Foyle Arena was one of the leisure centres closed by Derry City and Strabane District Council in March.

Continuing government support is 'critical' to mitigate the financial losses being suffered by Derry's council due to the coronavirus pandemic.

That was the message this week at a meeting at which further details of the losses being suffered by Derry City and Strabane District Council were outlined.

The meeting of the council's Governance and Strategic Planning Committee at the Guildhall on Tuesday was told that the council had suffered a deficit of £1.6m in the first three months of the financial year from April to June due to the impact of the pandemic.

Among the issues that caused this deficit was a loss of £645,000 from the closure of the council's leisure facilities, and a loss of £275,000 as a result of the council-run car parks being closed.

However, this week's meeting was told that the losses had been offset by a range of government support which totalled more than £1.8m.

The council had also received £350,000 during the first quarter of the financial year to support the running costs of City of Derry Airport.

While local councillors and council officials acknowledged at the meeting that the situation could have been much worse, they stressed that the council would continue to suffer financial pressures in the months ahead and said continued government support was vital in helping to see the local authority through this period.

There was particular emphasis at the meeting of the potential impact to the council's finances of a reduction in the amount of money it receives through rates.

The meeting was told that around 80% of the council's expenditure comes from the money it receives through rates, both domestic and non-domestic.

There are fears that there will be a large reduction in the level of rates money due to the economic impact of the pandemic on many businesses.

Alfie Dallas, the council's Lead Finance Officer, said the potential impact of the loss of this money was a 'significant risk' for the council.

“All businesses (excluding public sector and utilities) have received a four month rates holiday and a number of businesses (mainly hos- pitality, leisure, childcare, airports and most retail) have received full rates exemption for 20/21 with central government absorbing this cost.

“It is hoped that this will mitigate the risk substantially for 20/21 but this will be a very significant challenge for the upcoming rates process for 2021/22.”

The council's chief executive, John Kelpie, said it was important for councillors to 'reinforce the message' to their party colleagues in the Northern Ireland Assembly of the importance of continued government financial support for councils.

Sinn Fein councillor Mickey Cooper said the council had been facing an 'absolute tsunami' if it had not received the government support in the first quarter of the financial year.

He said in some ways it was a 'good news story' but agreed with the need to maintain pressure for continued government support.

DUP councillor Hilary McClintock said: “It was not nearly as devastating as it could have been but we need to continue to lobby to ensure that councils are not forgotten about.”

Independent councillor Paul Gallagher said the figures made for 'grim reading', but said it was important that the council worked to ensure that any deficit was not passed on to domestic ratepayers.