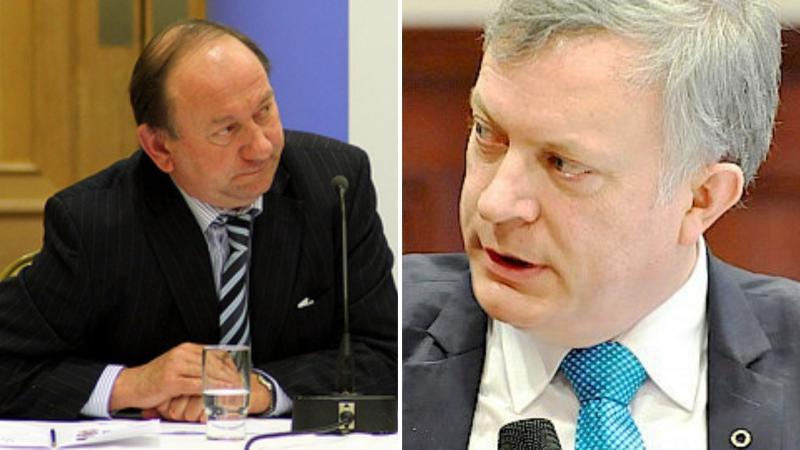 SDLP MLA Patsy McGlone, has welcomed what he has called a 'belated' acknowledgement from a DUP MLA of the need for an extension to the Brexit transition period.

At this morning's meeting of the Agricultural, Environment and Rural Affairs Committee, William Irwin, DUP MLA for Newry and Armagh, said a six-month lead-in period could be necessary.

"There are a lot of unknowns in this all. Given that, possibly, negotiations could go to the wire on this, and maybe no one knows what way this is going to end up, it would be almost vital that there is a lead-in period," he said.

"Things just can't change on the 1st of January. I think it's vital, and I've heard it said in the past, that there has to be a six-month lead-in period.

"It's important for both the EU and the UK to come to some arrangement, because given the negotiations may run to the wire, I would have thought a drop of the cliff on the first of January will not work.

"I would hope there will be some sort of a lead-in period. I think there has to be."

With the transition period set to end on December 31, Mr McGlone said DUP MLA William Irwin's comments were a case of too little, too late.

"I could scarcely believe my ears when I heard DUP MLA William Irwin say that an extension to the Brexit transition period would be of benefit to businesses, communities and wider society," said the Mid Ulster representative.

"It is highly regrettable that Mr Irwin and his party colleagues did not come to this view some months ago, when the SDLP proposed an extension to the transition period, both in the Assembly and in the Executive.

"The DUP voted against on both occasions and now the time and deadline has passed for such an extension.

“The implications of Brexit on people across the North, particularly our farming and agriculture industry, is not a surprise to the SDLP.

"That is the very reason why we were vociferously opposed to Brexit from the beginning and have sought to mitigate against its damage at every opportunity since.

“However belated, I welcome the acknowledgement from DUP MLA, William Irwin, and I expect his colleagues in the Executive and Westminster will echo his calls for clarity and certainty from the British Government, as we hurtle towards December 31st. Communities across the North demand nothing less.”