County Derry woman was 'a delight to have known' 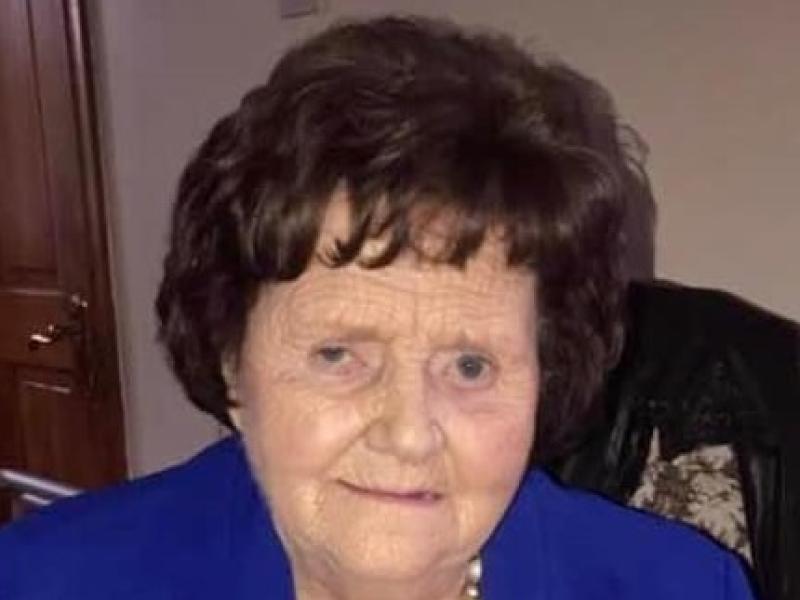 A County Derry woman who passed away last week has been described by her parish priest as being 'devoted' to her family and her faith.

Speaking at her funeral Mass last Wednesday, Fr Arthur O'Reilly praised the legacy she had left in the local community

Mary had 35 grandchildren and 48 great-grandchildren, and Fr O'Reilly said the family would cherish the time they had with her.

“The family were very privileged to have their mother with them for so long,” he told mourners at St Peter and St Paul's Church in Foreglen at her Requiem Mass.

“She was so loving for them all and had such affection for them.

“They know that they have gained an intercessor in heaven for them.”

Mrs Duffy's family is synonymous with O'Brien's GAC in the village, and the club paid tribute to her on their Facebook page following her death.

Fr O'Reilly said she was a deeply religious woman, who was passionate about her faith.

“She was very devoted to her family and faith.

“She could recite some of the more obscure prayers into older age,” he said.

“She had Gary tortured, down on his knees saying the Rosary.

“She loved her prayers and her house was adorned with sacred images that remind us of the presence of God.

“Mary suffered many bereavements, but she was very accepting.

“No matter what the disaster or suffering was, she accepted it all with great grace and dignity.

“She had a very contented grip on life. She said God sends us so many blessings but we have to suffer a bit on this earth too.

“Mary was very realistic and accepting of anything that happened in life. She slept like a baby, she had her prayers said and always had a good night's sleep.”

The priest concluded his homily by making reference to Mary's sense of humour, something he witnessed first hand on a recent visit.

“Mary was very entertaining. I had the pleasure of sitting with her on many occasions at the day centre. She had a great personality, so alert and vibrant,” he said.

“There was a crabbit man in there who was always complaining. One day they had a lovely dinner, but this man kept saying 'I'm not fussed.'

“Mary turned round to him and said, 'well, you cleared your plate anyway.'

“He never complained again after that,” said Fr O'Reilly.

“She was a delight to have known.

“Her passing is something we should be happy about, because we know that she has nothing to answer for, she will receive great reward.”