Local representatives have welcomed the move. 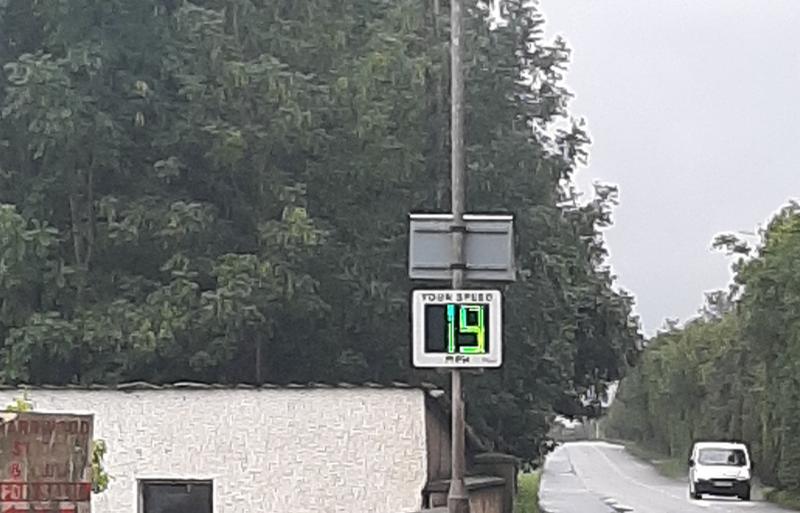 One of the speed indicator devices that have been installed outside St Trea's Primary School, Ballymaguigan.

Speed Indicator Devices (SIDs) have been installed at a County Derry primary school after residents raised concerns over drivers using excess speed along the road.

The devices, erected outside St Trea's Primary School in Ballymaguigan, had been due to be installed in May, but Covid-19 restrictions had resulted in completion being delayed until last week.

Mid Ulster District Councillor for the Moyola area, Donal McPeake, has welcomed the erection of the SIDs at the school.

“These devices are short term solutions and the consequences of speeding within a school area can be devastating.

“I will continue to campaign on behalf of parents, staff and residents that the Department for Infrastructure addresses successful planning for the long term on this busy stretch of road as a priority in order to deliver for the safety of children, parents, staff and road users.

“Speed Indicators have had positive impacts in other areas and am urging all road users to reduce their speed as a matter of urgency.”

Local SDLP councillor for the area, Christine McFlynn, also welcomed a commitment from the Mid Ulster Police and Community Safety Partnership manager to install further SIDs in the area.

“These signs are useful aids for drivers, highlighting the speed their vehicle is travelling along potentially dangerous parts of the road,” she said.

“The Mid Ulster Police and Community Safety Partnership manager has also confirmed that more SID signs have been purchased and will be placed across the district over the coming weeks.

“This is particularly important right now as children and young people return to school for the first time since the March lockdown.

“I would urge all drivers to be extra vigilant near schools and school buses at all times,” added Cllr McFlynn.