Screen Skating is bringing skating to the Sperrins. 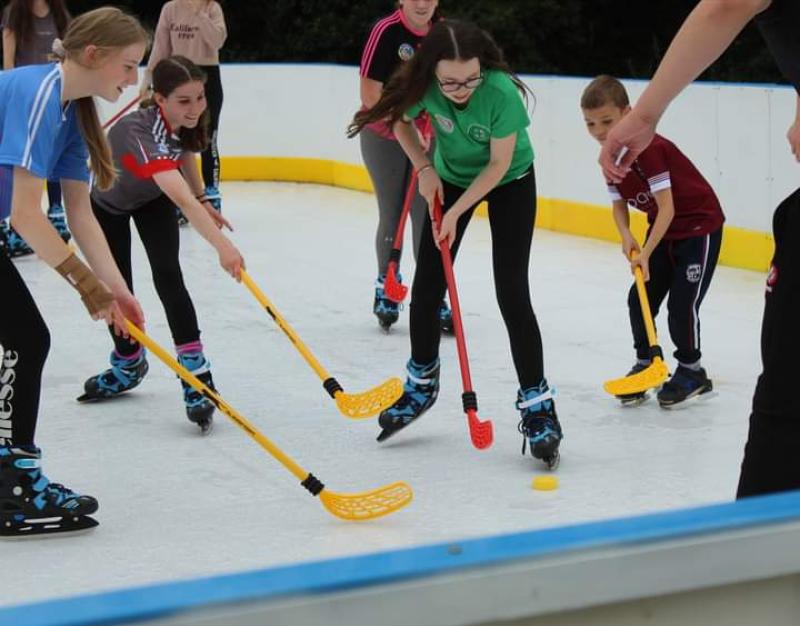 An outdoor ice rink, thought to be the first of its kind in Northern Ireland, has opened on the outskirts of a County Derry village.

Screen Skating in Draperstown launched four weeks ago and has hosted a number of groups and families since opening its doors.

The venue is run by London native Loretta Kennedy, who said a hint of sibling rivalry first prompted her to look into the idea.

“I was in a WhatsApp group with my sisters last year. They'd been sending photos of them all ice skating outside the Tower of London, and I was really jealous,” she told the County Derry Post.

“I'm on the Board of Governors for Gaelscoil na Spéiríní, and they were talking about a fundraiser, so I said why don't we hire one for the school.

“When I looked into it, I couldn't find one. I'm sure they do exist somewhere but I could not find anything, so I thought maybe there was a gap in the market.”

Identifying the gap was the initial step, but transporting and constructing a mobile outdoor ice rink at the foot of Slieve Gallion was no easy task.

Loretta sought advice from business owners across the water before taking the plunge.

“I got some advice from someone in England and got in contact with an importer. It's taken from last November when I got the idea, until it landed a few weeks ago,” she said.

“It was a long, hard process. It took my husband and his brothers nine hours to put the floor down, and then the next day to do the fence. It's a mobile structure and can be moved.”

Since opening, families and community groups have taken the opportunity to experience outdoor skating in the Sperrins, with all ages taking part.

“The youngest has been two, we have special double-bladed skates that go over their shoes,” said Loretta.

“Families have been coming for the day. We had a 15th birthday party on Sunday, where a girl and five of her friends came up.

“We've had a Communion party up last Sunday. The day I opened we had a group of cousins from Dungiven who hadn't seen each others since lockdown, so that was lovely.

“I'm hoping to get community groups up. My boys play hurling and the U12 Ballinascreen hurlers are coming up for a night; it's something different. They missed out on so much this year.” 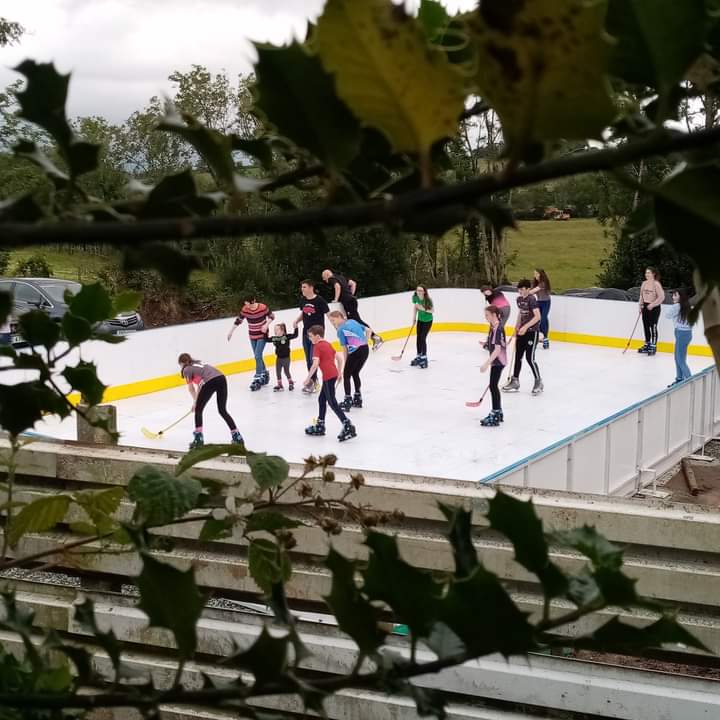 The rink boasts views of the south Derry hills.

While Loretta has no background in skating, she has fond memories of skating as a child in London and wants to give local people the chance to experience something similar, with an eye already on the Christmas season.

“I used to go skating with my friend, Melanie, on a Friday night. We'd hop on the Tube, it was only four or five stops away,” she recalled.

“I've seen all my nieces and nephews doing it, and my boys had never been ice skating. Dundonald is the nearest to us.

“Come winter, when it's frosty, and we get the music playing and the lights on, it'll be lovely, really Christmassy.”