The Department for Infrastructure said they would integrate any identified improvements. 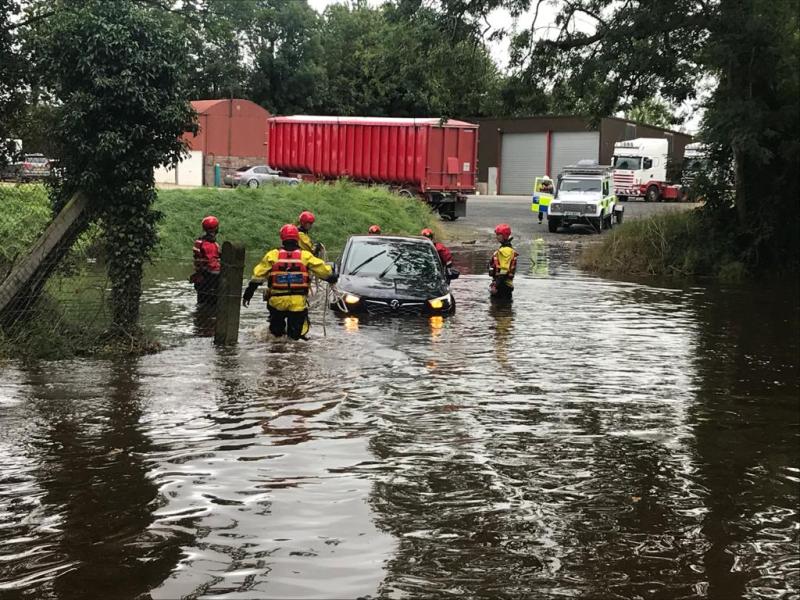 There have been calls for improved protection against flooding in County Derry after a spell of heavy rain caused widespread damage to property in the county last week.

Emergency Services were called to an incident at River Road in Draperstown on Tuesday, where thirteen members of the same family had to be moved to safety by boat.

“The severe flooding along the Moyola River at River Road Draperstown on Tuesday morning last necessitated a very rapid response from the Emergency Services,” he said.

“When I arrived at the scene the PSNI, NIFRS, NIAS, Search and Rescue and Mid Ulster Council had begun to bring to safety by boat thirteen family members who were at extreme risk.

“Thankfully three generations of the same family were rescued in a controlled manner. The family now must begin the terrible clean-up that will be required to make their house a home again.

“All during this rescue messages were coming in of further flooding further downriver. Locals could not remember the last time this river was in such a flood.”

Further down the Moyola River, local agencies were also required to deal with flooding in the Broagh Road area of Castledawson.

“I attended local residents in the Broagh area of Castledawson and was shocked at the volume of surface water that gathered at a local dwelling and subsequently the GAA pitch,” he said.

“I commend local agencies, in particular the Rivers Agency, who provided submersible pumps in an attempt to limit damage to property as sewage systems backed-up and overflowed within the dwelling.” 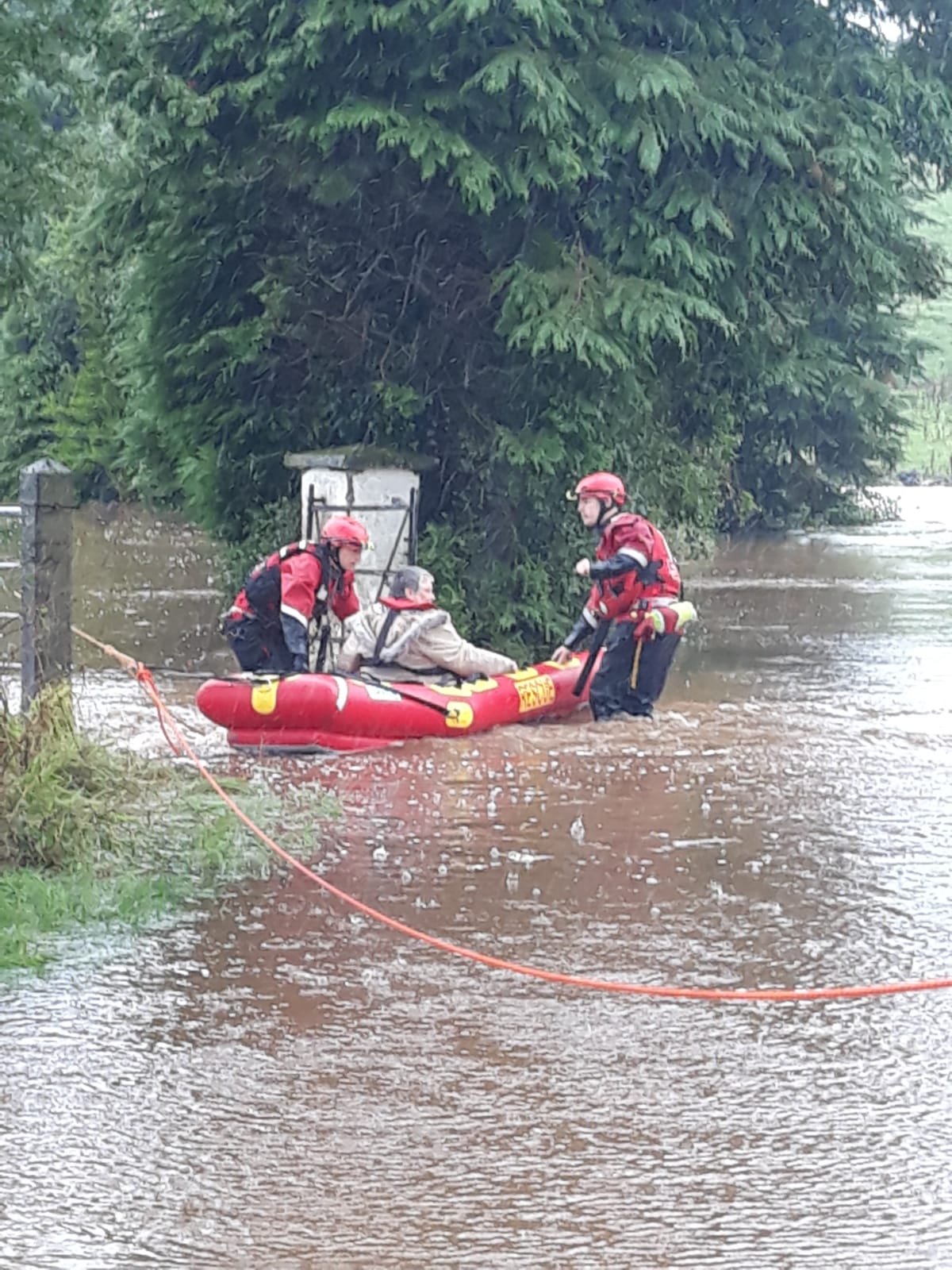 Cllr Milne said residents in the area had raised concerns that flooding had become worse since the advancement of works on the A6 dualling scheme, which runs adjacent to the affected area.

“There have been concerns regarding the level of preparation the Department for Infrastructure had in place to mitigate the storm as they knew adverse weather was incoming,” he added.

“I have been in contact with the Department for Infrastructure requesting an immediate onsite meeting, survey and investigation into the incident and also whether there is a connection to the ongoing construction works nearby.”

The Department for Infrastructure (DfI) said they would look to integrate any improvements that could be identified after the flooding.

“Following the weather warning issued by Met Office, the Department’s operational teams and multi-agency partners were in a heightened state of awareness from Monday in relation to the threat of flooding,” said a DfI spokesperson.

“The Department carried out its usual preparations including checking and clearing grilles and placing staff on standby throughout Northern Ireland to ensure that we were in a state of readiness to respond quickly.

"The Department is also aware of flooding in the Broagh Road area of Castledawson on Tuesday.  The project team involved with the ongoing construction of the A6 Randalstown to Castledawson dualling scheme is investigating the incident.

“Our multi-agency emergency response arrangements worked effectively and if there are any necessary improvements, that can be identified as result of this recent flooding, they will be integrated into our existing arrangements.”

Elsewhere, Limavady Rugby Club saw their main pitch flooded after the River Roe burst its banks and flowed onto the John Hunter Ground.