'Back to porridge' for Voice star after whirlwind summer

Dara is back at St Colm's this week after appearing in the final of The Voice Kids. 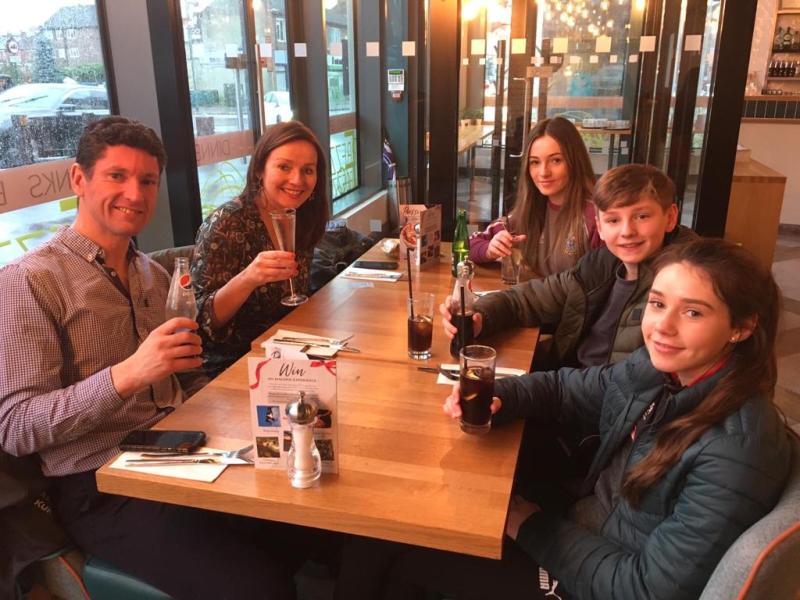 Dara relaxing in London with parents Chris and Donna and sisters Emer and Helen.

The Voice Kids finalist Dara McNicholl is looking forward to getting back into routine after wowing audiences on the competition throughout the summer.

The Moneyneena teenager missed out on being crowned champion of the 2020 competition on Saturday night, with Swansea's Justine Afante taking the title.

“I'll be kind of glad to be back at school, because you're actually in the classroom the whole day. It's good to get back in and actually have something to do,” Dara told the County Derry Post yesterday.

“It hasn't really sunk in yet,” he said of his success on the show.

“Once I'm looking for something to do, I'll realise how much of a feat it was. It's mental, because you never know who's going to be sitting on their sofa on a Saturday night looking down the camera lens.”

The young Ballinascreen hurler had to deal with the added challenge of his voice breaking between the competition's final two rounds.

Mum Donna, a physio by trade, likened it to going into a match while carrying an injury.

“We knew his voice had started to break about ten weeks ago, and that's what we've had to sit on quietly,” she said.

“The bottom line is he struggled, and as a parent, Chris and I would never have entered him into a competition at this stage because it's a bit like dealing with an injury; he may not be match-fit.

“We're very proud of him performing the way he did, but we're more proud of how he showed such courage and resilience to show up and keep going.

“We spent a week in Manchester leading up to the filming of the final, and each day was a mixture of heaven and hell, because he would sing well, but he couldn't rely on his voice.

“Paloma taught him as much as she could in how to control his voice. She really supported him and gave him huge one-to-one time.

“The support that week in Manchester was phenomenal from the coaches and Paloma, to give her huge credit, made a difference to Dara.”

His struggles leading up to the final were not obvious in his performances, as he put his usual passion into versions of Phil Collins' 'Against All Odds' and Marvin Gaye's 'Ain't No Mountain High Enough'. 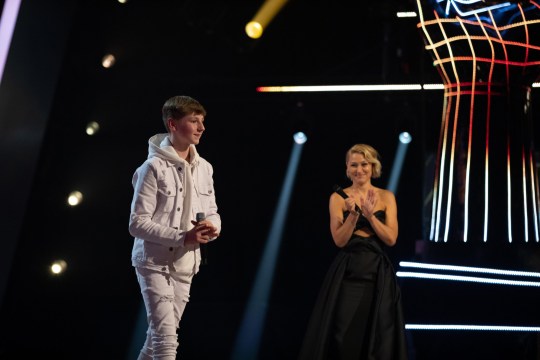 Dara on stage during the final.

The St Colm's High School pupil admits, though, that it did provide him with an extra level of difficulty going into the final.

“It was weird, because it struck me that I mightn't actually be able to compete as much as I wanted to, because I knew the competition,” he said.

“It was hard for me to get over that. The other kids had to learn a song, but I had to learn how to sing again more or less, as well as learn the song. I was under mighty pressure.”

Chris and Donna, Dara's mum and dad, and sisters, Emer and Helen, have been at his side throughout the whole process, and the local community in Ballinascreen has shown real enthusiasm.

Donna praised the group of mentors that has surrounded Dara growing up, saying the church, his schools, the GAA club and local music festival Glasgowbury have all helped to mould his talent.

She said their support had at times felt like the encouraging hug the coronavirus restrictions had denied them.

“No one can come and give you a hug and even when we were at the production, no one could come over and give you physical contact, but that was the closest contact we have felt during Covid,” she said.

“All those cars coming down the road, and children and adults hanging out of cars screaming and waving felt like a physical hug of support. I've never seen anything like it.

“The final had been pre-filmed, so when everyone was watching the semis at home, we were filming the final, so we had a week to sit on the results.

“That gave Dara a week to adjust to the result and to have that show of support within the community was just a real boost for us.”

The family had to give the local shops a miss for a week in case they accidentally let slip the competition's result, but the community will play a central role in Dara's return to reality.

“Chris and I have no short-term ambitions for Dara in the music industry. He's only 13, he's going back to school on Thursday to St Colm's,” said Donna.

“He has a guitar lesson at half 6 this evening with his tutor Rory. He has a singing lesson with Gemma on Saturday, so we're just sort of back to porridge.”

This particular chapter may be at a close, but there is certainly a bright future ahead for Dara McNicholl.