Local man strikes up a special bond with country star 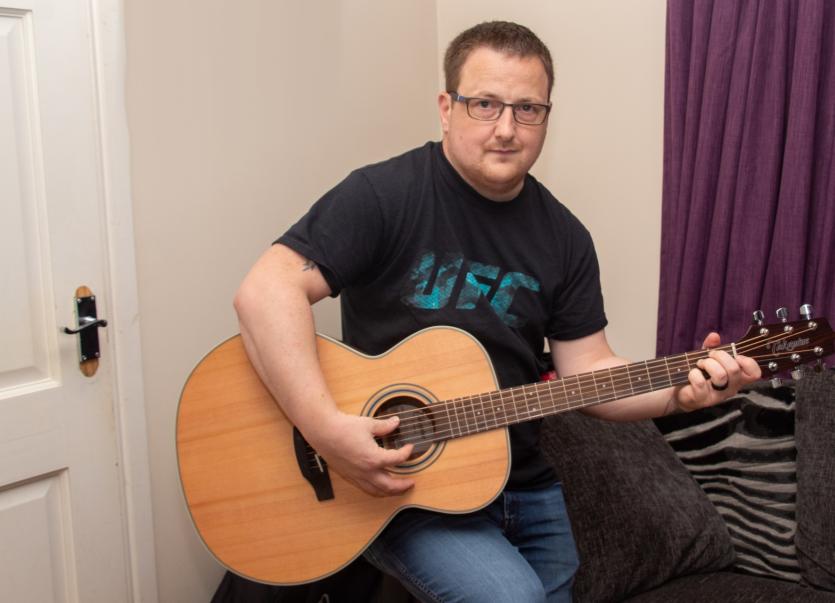 Stephen Whoriskey with the guitar he was sent by Garth Brooks. Photograph by Gerry Temple

A Garth Brooks super fan’s dreams came true recently after his idol sent him a guitar.

Derry man Stephen Whoriskey has loved Brooks’ music since she he was a teenager and often listens to it when he is having a tough time.

The 36-year-old has struggled with anxiety, depression and insomnia on and off for nine years and the coronavirus lockdown brought his mental health problems to the fore again.

In a bid to give him a distraction, his wife Kimberly set him the challenge of learning to play the guitar and promised she would buy him the same model as the country music superstar if he succeeded.

Meanwhile, Stephen sent Garth a message on his live Facebook Q&A page sharing his battle with depression, asking how Brooks kept his spirits up during lockdown and telling him about his wife’s guitar challenge.

The Derry man burst into tears when Mr Brooks choose his question for a live video chat.

“He said me and you have a lot in common, I deal with a lot of stuff too, said Stephen.

“And he said he liked being dark for his music, but that the difference was he could switch it off.

“I just broke down in tears. I ran up the stairs to my wife but I couldn’t speak.

“She thought something bad had happened, but I just couldn’t get the words out.”

Before signing off, Garth said he would send Stephen a guitar.

Weeks had passed and there was no sign of the much-longed-for instrument, but out of the blue he got a call from UPS saying it was being held in customs as it might be made from illegal Brazilian rose wood.

A frantic string of phone calls followed until a Garth Brooks impersonator from England, who had the same guitar, confirmed the rose wood was East Indian.

Finally, Stephen’s guitar was delivered to his home in the Waterside and he hasn’t put it down since.

“I still can’t really believe it, he said.

“My two-year-old Aria was always slapping and twanging away at the strings on my old guitar, but she knows not to touch this one,” he laughed.

“It shows how much Garth cares about his fans.

“He always says his fans made him and they are like his family.”

Stephen, who is a youth worker and a performer with ‘In Your Space’ circus said it’s important to him to be upfront about his mental health.

“Lock down is so unprecedented, he said.

“No one has ever been here before.

“It has caused a lot of anxiety and depression.

“Because I work with young people I think it’s important to show them it’s ok to talk about your feelings- particularly young men.

“Younger and younger people are dealing with stuff like this.

“I would say to anyone who is struggling to look for the small things to get you through.