Dara misses out on Voice crown despite another excellent performance 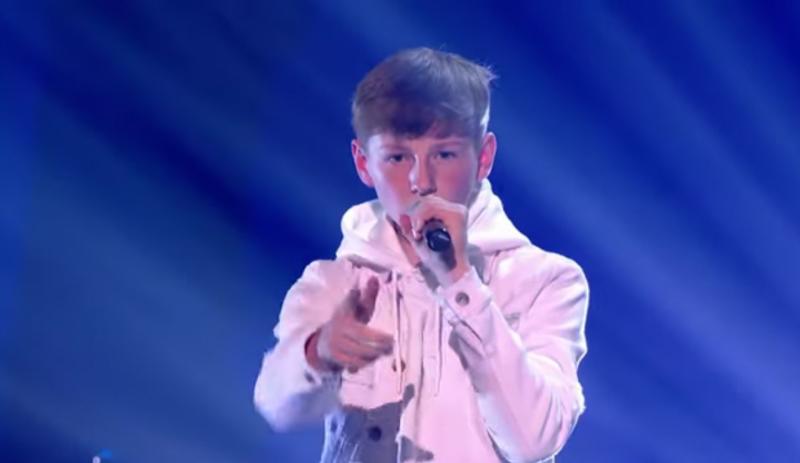 The 13-year-old has received huge support in the county over the last few weeks.

County Derry's Dara McNicholl has missed out on the Voice Kids UK crown after Justine Afante from Swansea was named winner of the show.

In a twist, host Emma Willis revealed that all four contestants would be going to Universal Studios, part of the original prize, whenever Covid-19 restrictions allowed.

Dara performed a version of Phil Collins' 'Against All Odds' and faced the extra challenge of his voice breaking between the recording of the semi-final and the final.

"I'm almost afraid to tap back into it," said the Ballinascreen hurler during rehearsals.

"I just want to make everyone proud on the night and give it my all."

"He's coming in with a new voice that he's not that familiar with. He just has to be brave," said mum Donna before the performance.

In a strong initial performance, the St Colm's High School student brushed off his early nerves to wow the coaches with a rendition that finished with a flourish of high notes.

"To go through it, be brave and to come out there and adapt is amazing," said Danny Wilson afterwards.

"You came to every rehearsal and just said it was a challenge," added coach Paloma Faith.

"It's testament to you and the amazing family you have. Your voice hasn't gone away. You've gained this lower register full of emotion and depth."

"You've still got the high notes. So you're like an adult and a child rolled into one. It's not fair really. You have such a future ahead of you."

Paloma picked Marvin Gaye's 'Ain't No Mountain High Enough' for her duet with Dara, as the former St Eoghan's PS pupil delivered another flawless performance of the 1960s classic, with proud parents Chris and Donna watching on.

Winner or not, the young County Derry man has a bright future ahead of him.