Many areas affected when rivers burst their banks 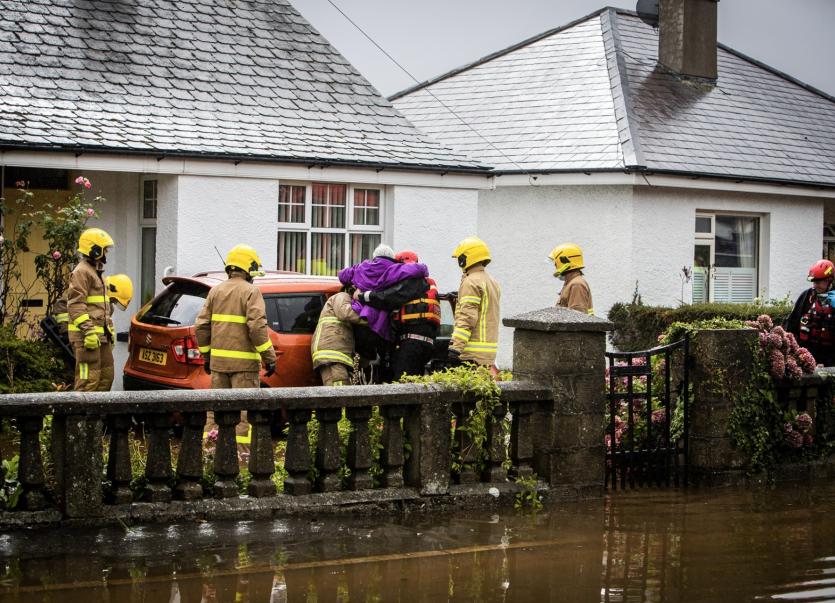 This included one incident in Draperstown in County Derry where 13 people had to be rescued.

Heavy rain led to widespread flooding with a number of rivers, including the River Roe in Limavady, bursting their banks.

Maghera, Cookstown, Draperstown and Newcastle in County Down were the areas worst affected.

A spokesperson for the Northern Ireland Fire & Rescue Service (NIFRS) said they responded to 28 flood related incidents as a result of heavy rainfall between midnight on Monday night until 8pm on Tuesday.

The spokesperson added: "Working in challenging conditions, firefighters rescued 37 people who were trapped by flood water from their cars or from properties.

"NIFRS worked closely with colleagues from the PSNI, Coastguard Agency, Ambulance Service and Volunteer Agencies to provide a multi-agency response to the flood conditions.

"This was a very challenging period for our Regional Control Centre Personnel. They deployed Flood Rescue Teams and our Specialist Rescue Team to work alongside local operational crews.

"The weather forecast has now improved and NIFRS flood response has now been scaled back.

"I would like to take this opportunity to remind the public that in the event of serious flooding to phone the NI Flooding Incident Line on 0300 2000 100. If there is a risk to life dial 999 immediately and we will respond."