Johnny's death is a 'huge loss' to community

Magherafelt was last week mourning the loss of Johnny McFalone. 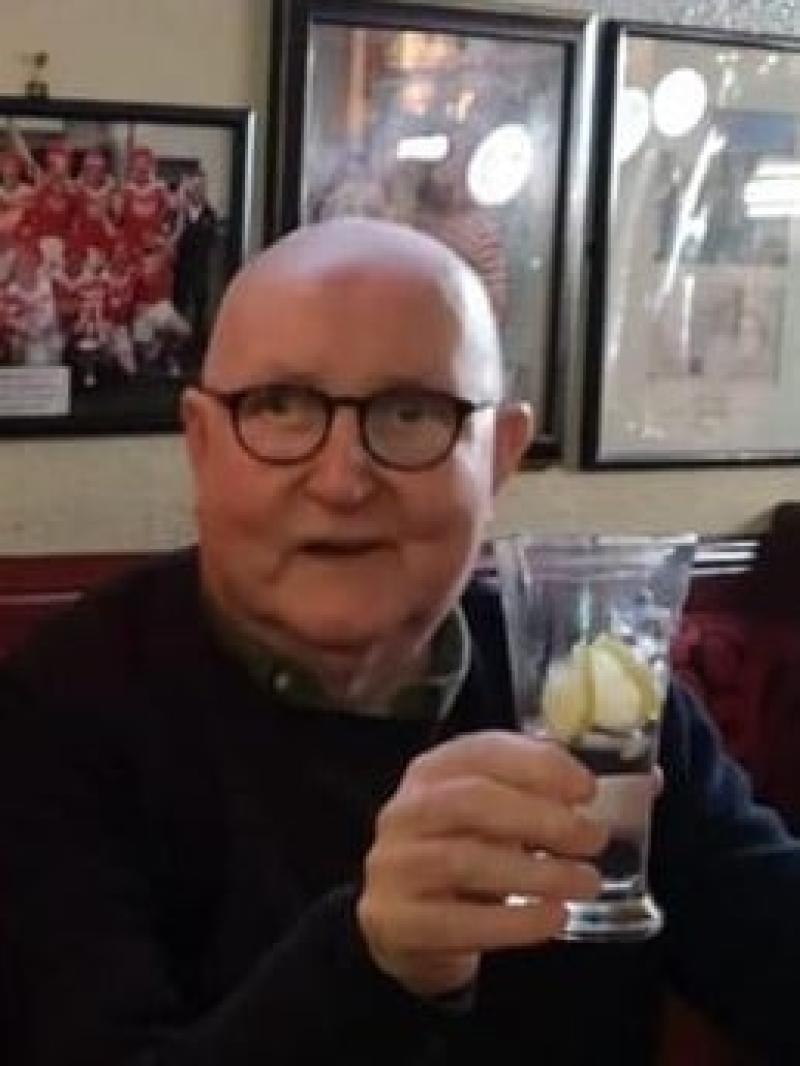 A County Derry rugby fanatic who passed away last week has been described as a 'club stalwart' whose death has been a 'huge loss' to his community.

Johnny McFalone, from Magherafelt, was a life-long supporter of Rainey Old Boys RFC in the town, and the club paid tribute to a man who had followed them for almost sixty years.

“All at Rainey Old Boys RFC were deeply saddened to hear of the passing of club stalwart, Johnny McFalone,” they said.

“Johnny had been a long time supporter of Rainey Old Boys for over 6 decades and was the social secretary at the club for more than 10 years and followed in the footsteps of his late wife, Janet, who was the chair of the Ladies Committee within the club for many years.

“Johnny travelled to all corners of Ireland supporting Rainey; from defeats in the rain in the early 90s in Strabane, Donaghadee and Ballymoney to victories in the sun in Cork, Galway, Limerick and Dublin in recent years.

“He has been an ever present supporter during the clubs good days and bad; Hatrick Park will be a lesser place in his absence.

“His family; daughter Katy, son in law Chris, grandchildren Cein, Flynn and Anna were the core of Johnny’s life whilst Rainey Old Boys and Man Utd were also integral parts.

“I am glad that in recent years, Rainey have been able to give him something to celebrate when Man Utd couldn’t!

“Our thoughts are with Katy, Chris, Cein, Flynn and Anna as well as the wider family circle at this very sad time.”

The 68-year-old was also a regular at Bryson's Bar in Magherafelt, who said he had a knack for making new customers feel at ease.

Johnny met his late wife Janet at Bryson's, who paid tribute to a man who they say made the bar a 'go-to rugby bar'.

“Johnny had been coming to the bar since the 1960s, met his beloved wife Janet here, and also worked in the bar in the early 1970s,” the Bryson family said.

“When Janet passed away in 1999, Johnny never missed a Wednesday in the old back lounge having lunch with his mother-in-law Isa, up until she passed away in 2016.

“He then of course made the Front Bar his home from home. He loved watching the 6 Nations with his closest pals, Boycie, The Judge, McGoldrick, Brown, Dixie and Dougie, with a fine Pinot in hand!

“He always looked forward to our annual regulars’ 12th July trip to Donegal and enjoyed the craic with all of our customers new and old.

“His storytelling and reminiscing about the good old days in his beloved Magherafelt and early working days in Belfast made customers and staff listen with interest and always feel at ease in his company.

“His love for rugby and for the Rainey Old Boys RFC brought so many rugby enthusiasts to the bar, helping to make Brysons the main go to rugby bar in mid Ulster.

“We, the Bryson family, who had the privilege of his company in the bar for so many many years will miss him dearly.

“Our thoughts and prayers are with his daughter Katie, son-in-law Chris and his 3 grandchildren, Cein, Flynn and Anna at this time.

“He will be a huge loss to all our customers and to the wee front bar.

“Like all of our regulars, he was not only a customer, but a friend. Our best friend.”