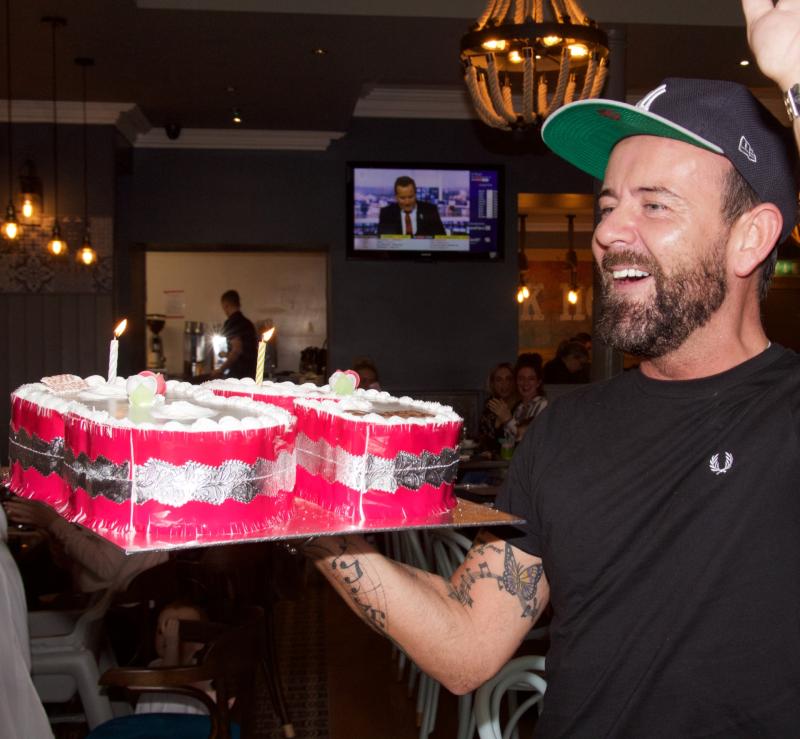 The man often referred to as Derry's unofficial Mayor has received an award for his work for the city's gay community.

Micky Doherty was presented with the Foyle Pride Mark Ashton Award for Outstanding Contribution to the LGBTQ+ community by the city's real Mayor, SDLP Councillor Brian Tierney, at a ceremony at the Holywell Trust's Garden of Remembrance on Saturday night.

A spokesperson for Foyle Pride said Mr Doherty, who fronts the city's Pride parade each year, was "a truly deserving winner who does so much, for not only the LGBTQ+ community, but also the wider city and district community."

Mr Doherty is a tireless charity fundraiser and helped set up a special fund to help local people in need during the oronavirus crisis.

"It's just part of me that I like helping people.

"During lockdown I knew people had started to struggle and they were coming to me and I started to think about how I could help.

"Because I have been working with charities for a long time people put their trust in me."

Mr Doherty was hosting a drive through bingo event last week when he got a phone call to say he had won the Foyle Pride award.

"I just burst out crying," he admitted. "I really didn't expect it so I was just overwhelmed.

"I just have so much gratitude for the award and for everyone who nominated me and I want to thank them all."

Mr Doherty said  he wished his late mum, Cathy, could have been there on Saturday to see him receive his award.

"It's hard to accept that my mammy couldn't be there," he said.

"It's just not the same without her but I am still filled with so much gratitude for it," he said.

Derry LGBT+ campaigner, Suzanna Toland, who passed away earlier this year, was remembered at Saturday's ceremony.

"It was really nice to see Suzanna recognised for everything that she did," said Micky.

"She was a very special person.
"Before she passed away she had set up an LGBT+ disco at Rosie Joe's so that people would have a safe place to socialise."