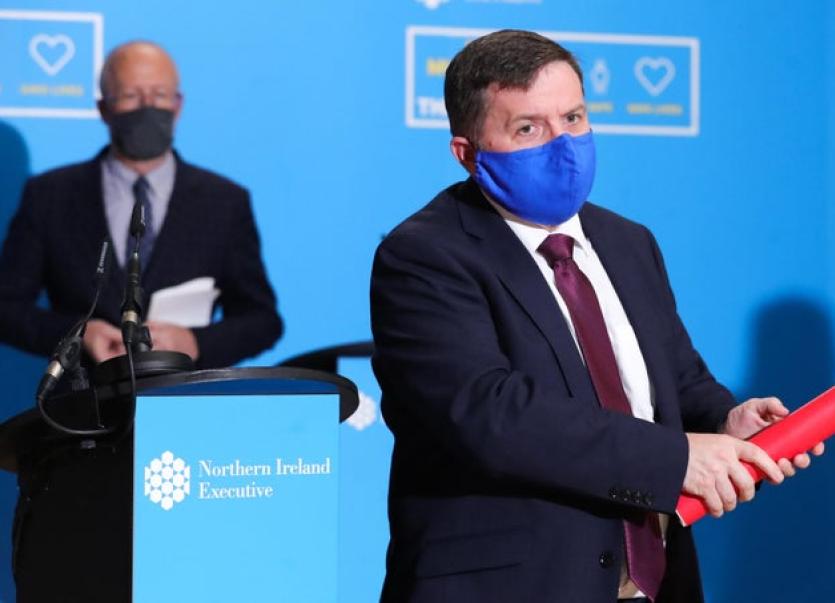 The NI Executive has backed Health Minister Robin Swann's plans to tighten restrictions around outdoor events and private gatherings in response to rising numbers of Covid-19 cases across Northern Ireland.

Organisers will need to carry out risk assessment and put suitable measures in place will now apply to any outdoor gathering of more than 15 people.

There will also be no further relaxations of any other measures at this time.

"To those armchair experts who think they know more than actual experts, I would say, 'think of the effect your message and your opinion has on undermining the health service and those who have sacrificed so much already," he said.

"Unless we take action now, it will be simply too late to arrest further spread of the virus. If we don't act now as a society, we will have failed."

The Health Minister said the PSNI will be using focused enforcement action to target hotspots.

"My department continues to work with the Police Service on Covid-19 regulations. The PSNI's approach to regulations has been based on the four Es - Engage, Explain, Encourage and then Enforce," he said.

"I support that approach. I believe the vast majority of people want to do the right thing and enforcement is not needed in most cases and should be a last resort.

"However, there are concerns about indoor gatherings. Sadly, through ignorance or self-centredness, a small minority of people are flouting the regulations and putting themselves and others at risk.

The current R number is thought to be around 1.3, meaning the epidemic is increasing and the seven day rolling average for new cases is now over 40 per day.

Mr Swann said a return to lockdown can still be avoided.

"I don't want to be restricting anyone's freedoms. We can still avoid the return to lockdown if we all do the right thing. We can fight back because we know what needs to be done," he said.