The Moneymore man is getting back on his bike for an ambitious cycle. 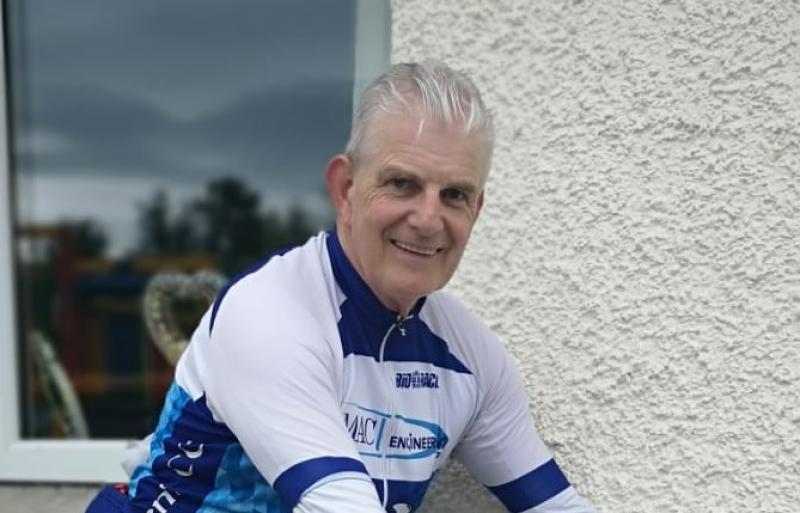 A County Derry grandad has resumed plans to cycle from dawn to dusk in aid of local mental health charity after the coronavirus pandemic scuppered his attempts earlier in the year.

Danny McStravock, from Moneymore, had originally planned on completing a charity cycle in aid of Draperstown-based mental health charity STEPS.

The charity was set up following public consultation in 2012 to pursue a preventative approach to suicide, and run a number of classes as well as having four qualified counsellors available.

Danny had originally planned to complete his cycle in 2021, but with STEPS, like all charities, feeling the effects of the pandemic, he has decided he will go ahead next month.

“Earlier in the year I had planned on doing a fundraising cycle in aid of mental health, in particular STEPS Draperstown,” he told the County Derry Post.

“Unfortunately due to Covid-19 I had to postpone the event. It was looking like I was going to have to wait until next year before being able to arrange an event.

“However, I have decided due to the struggles of all charities and in particular with STEPS over the period of this pandemic and the work they have been doing I have decided to do a one-day cycle.”

The event will take place on Saturday, September 12, when Danny will undertake the ambitious challenge of cycling from 6.30am until 8.00pm.

Due to Covid-19 restrictions, a 25-mile local circuit between Draperstown, Tobermore, Magherafelt and Moneymore has been mapped out for the event.

While Danny will cycle continuously, he is inviting others to join him for a lap or two on the day, as well as asking for donations to the STEPS charity.

Donations can be made via their Just Giving page.

“STEPS is run solely by volunteers, so every penny raised and donated goes directly back into the community to support those in need,” added Danny.

“The classes are mostly self-sustaining. However, it is really hard to find funding for counselling so the majority of monies raised goes to sustaining this vital service.”