'Child taken out of the equation' says principal of local school

The principal, who wished to remain anonymous, said the original system was flawed. 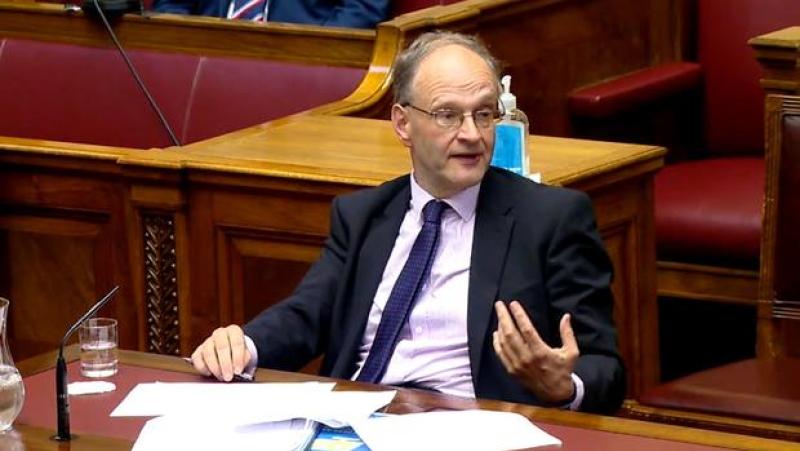 Criticism of the standardisation used by CCEA for the 2020 A-Level results forced Peter Weir into a U-turn.

The principal of a local secondary school has criticised the system which initially saw 90 percent of their AS and A2 results downgraded by examinations body CCEA.

Education Minister Peter Weir yesterday announced a u-turn on results, with all pupils now to be given the higher of the grades submitted by their centre or the grade calculated by CCEA

Over a third of all AS and A2 grades given to students by teachers had been originally downgraded by CCEA's standardisation system last week in a move which drew critcisim from schools, parents and pupils.

One County Derry school saw 90 percent of its results downgraded. Their principal, who wished to remain anonymous, said the system is flawed.

“The actual child was taken out of the entire process,” they told the County Derry Post.

“Education reports always say, 'the child is at the centre of all that we do'. This system took the child out of the equation and everyone became a number and a statistic.

“Nobody sat down and worked out our grades. This is an algorithim or some way of putting all the data into a computer and spewing it back out again.“No heed was paid to teachers' professional judgement. the child has been taken out of the equation – and it was a mathematical equation.”

The way in which schools' previous performance was factored into the process had also caused controversy, with many feeling pupils at comprehensive schools are at a further disadvantage.

Having seen a dip in one particular subject the previous year, the affected school poured efforts into rectifying the situation, only to see their work negated by the standardisation system.

“In one subject this time last year we were devastated [with the results]. If I sat with my arms folded, we would have got the same results this year,” said the Principal.

“Those who were sitting looking at our estimated grades and our AS Level grades from the bad situation, don't know what we were doing all year to turn it around.

“We were moving mountains to change the situation that CCEA used for that particular subject.

“They've used the history of subjects. Ours is a high achieving school. One year a child came to us in third year, with no English, and achieved ten A* grades. Does that mean that if that child had been doing those exams the way they were done this year, they wouldn't have got the ten A* grades, because we had no history of that?

“They've said, 'we can't give them four As in Maths, because they've never had four As in Maths'. Does that mean that every year, a child doesn't get the opportunity to get an A?

“Specifically with our school, they had brought our percentage to 60 percent. We have never, in the history of A-Levels here, got 60 percent. So how did they come to that conclusion?”

There was criticism also of CCEA's handling of the appeal process and its associated advice. The school only received official advice on the appeals process at 9.27pm on the evening the results came out.

“I received guidance on how to write an appeal at 9.27pm. I was at home. We walked out of here yesterday with all our appeals all done and we got that at home” said the Principal.

“Nobody can explain why these people have been pulled down. They gave us a webinar on Tuesday before the results came out as a background to how they've reached the conclusion.

“You can have all the webinars you like, but if you're going to disadvantage children, I'm going to be shouting, and we're not the only school.

“We had plenty of good results too, but it's the fact that they changed so many pupils. CCEA are saying it was a third that were changed.

“If they hadchanged a third of ours, I would not be on the phone to you now, but they have taken 90 percent of our pupils down.

“They were utterly devastated. We have children who looked at a screen last week that said they were unsuccessful in their attempt to get into their university choice.

“We spent two full weeks in lockdown sorting out these centre-assessed grades. We might as well not have bothered.”