'As in life, his death has touched us all' 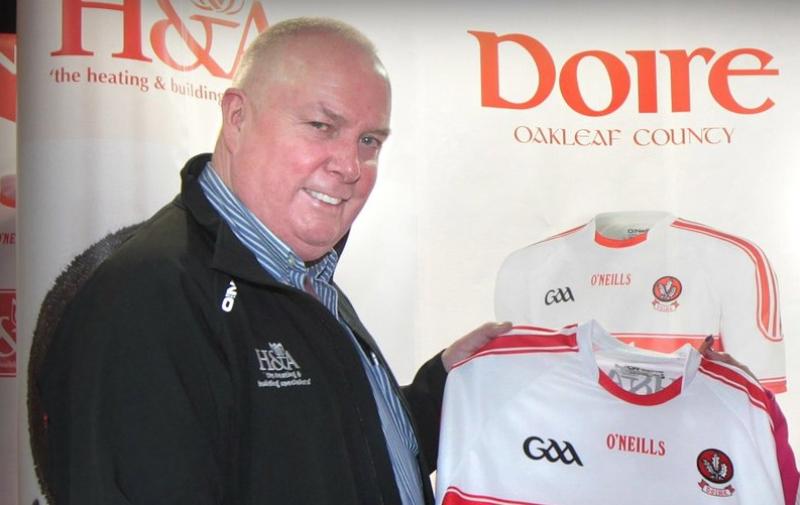 The funeral has taken place of Hugh McWilliams, the popular local businessman who passed away suddenly last Friday afternoon.

Tributes from a shocked community poured in over the weekend, with all quarters praising the generosity, passion and energy of a true family man.

"I can't imagine any of us will forget where we were on Friday afternoon, August 14, 2020, when we heard that Hugh had died such a short distance from his home," he said.

"Some events in life are so seismic in their effect that time stands still. That moment is forever captured in a memory that will always remain."

Hugh, along with his wife Anne, was fiercely committed to the local GAA scene and after founding H&A Mechanical Services in 1993, they closed the doors to go and watch Derry lift the Sam Maguire.

That commitment and passion has been steadfast.

"It is fitting to recall that connection with the GAA, because since its earliest days, H&A has been to the fore in support for the GAA," said Fr Madden.

"It has gone on to sponsor, as we know, with great pride, Derry county GAA in all its codes, and not to mention our own parish club in Ballinascreen.

"Hugh's commitment to our parish club was much more than just financial. From the youngest member of the club to the oldest, Hugh was synonynous with Ballinascreen GAA.

"Often, you will find that the death of someone at 63 years of age doesn't register that much with the children of the parish, unless they're related.

"Not so this week. There isn't a home in this parish whose life wasn't connected to Hugh either by employment, or through the club. As in life, his death has touched us all." 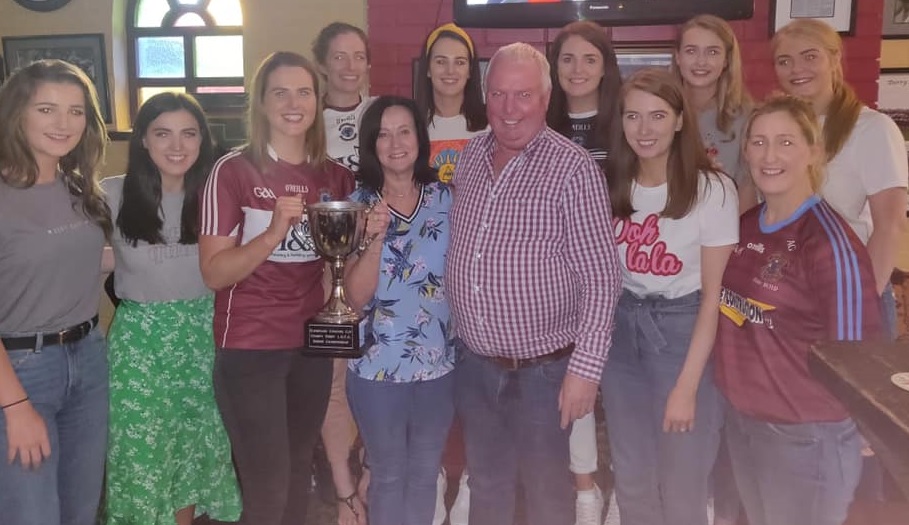 Hugh and Anne with the victorious Ballinascreen Ladies side after their SFC triumph in 2019.

Although the people of Ballinascreen, and the wider community in County Derry, have been keenly affected by his loss, Hugh's family's sense of loss was described by Fr Madden as 'immeasurable'.

"Hugh and Anne would have been married forty years next year, and family was everything to Hugh," he said.

"From the love he had for Anne and his two children, Maureen and Carlus, to the great pride he took in each of his grandchildren; Oliver, Leo, Fiadh and Lily Anna, who was meant to be baptised last night.

"Family kept Hugh grounded and Hugh kept family grounded. If you were to meet Hugh in the shops buying groceries, you would be hard pushed to pick out the highly successful businessman going up and down the aisles, talking to everybody.

"His success never went to his head. Yes, he loved going to the Grand Prix on occasion, wherever it took him in the world, but he was a natural born sharer.

Fr Madden also paid tribute to the charity work that Hugh did, often behind closed doors and said the best way to remember him would be to carry on his good work.

"There are so many people whose lives are better today for the help they received from Hugh. Only God knows what he truly did," Fr Madden told the congregation, including almost a thousand people watching the online stream.

"He was a man of deep faith. During the pandemic when our churches were closed to the congregation, Hugh and Anne would chapel hop on the internet, getting in sometimes more than one mass each day in different churches around the parish.

"Though the circumstances of his death added to the trauma for Anne and the family, they are grateful to the emergency services and all who assisted last Friday afternoon.

"The good we do always carries with us, and Hugh did far more than his share. We are all indebted for having known him.

"The best tribute we could pay to Hugh is to take up where he left off, putting others and their needs before our own, the wellbeing of the community not being something we leave to others."