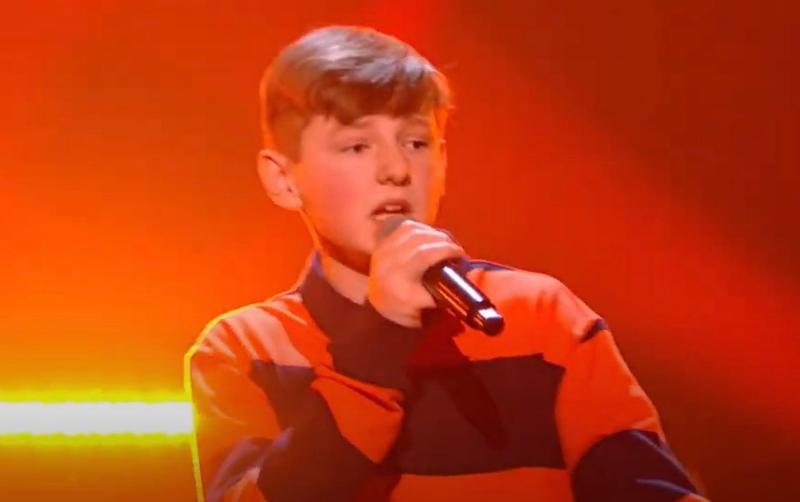 Moneyneena teenager Dara McNicholl has reached the last twelve of this year’s The Voice Kids competition.

The 13-year-old performed a version of Shakira’s ‘Wherever, Whenever’ along with fellow contestants Rachel and Heidi that had judge Pixie Lott and coach Paloma Faith rocking in their chairs.

The St Colm’s High School pupil forms part of a trio of acts chosen by Paloma Faith to represent her in the semi-final, along with Isla Croll and Hayley.

“He has no idea about how brilliant he is,” said Paloma.

“He has a very special voice that’s bigger than him. It’s off the chart.”

Dara said “would never in a million years pick that song’ but put his own twist on it while also being praised for being supportive towards the other contestants.

His U14 teammates from St Colm’s GAC will get another chance to see Dara on the screen as he progresses to the semi-final of the competition next week.