Both drivers we spoke to said they had saved thousands of pounds. 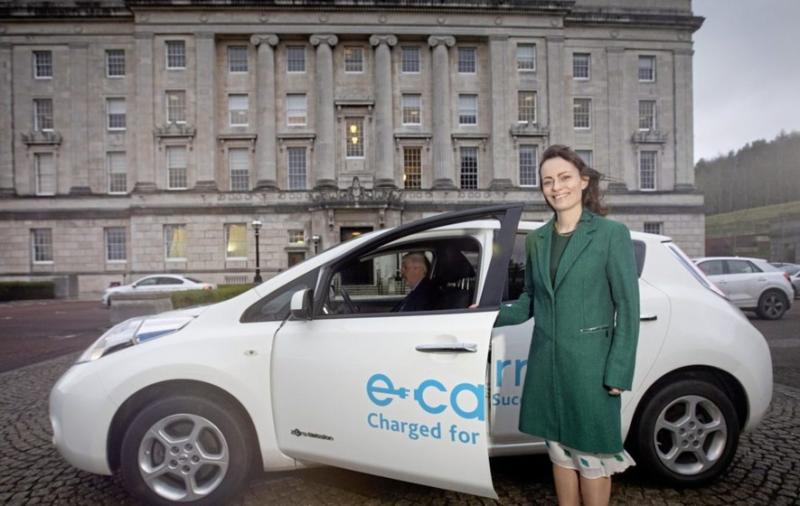 Local electric vehicle (EV) drivers have said their cars have saved them thousands of pounds in fuel costs since they opted to swap from their diesel or petrol cars.

Phil Gordon, who works at Altnagelvin Hospital in Derry, says the ‘milk float’ stereotype is outdated and inaccurate.

“There are fantastic cars to drive. People have an image that they’re like a milk float, but they’re very powerful cars and fantastic to drive,” he said.

“I’ve been saving about £2,000 a year since I went electric. I do about 15,000 miles a year down to Dublin and between Derry and Letterkenny regularly and it suits me perfectly.

“I could never go back to a petrol or diesel car. It’s just frustrating they’re not making it easier for more people to get on board.”

While the price of EVs is higher than a standard internal combustion engine (ICE) car, Derry man Ronan McElholm says the cost of petrol or diesel often means a saving on electric cars.

“There is a massive saving. People look at the price of the car and compare it to their petrol or diesel, but you have to factor in the fuel that you use,” he said.

“You could easily spend £10,000 on diesel in three years and then there’s the service costs. The servicing of an electric car is very minimal.

“Most of your breaking is regenerative, so it recharges the batteries and brake pads have been known to last 100,000 miles on an electric car.

“There isn’t as much wear on brakes or tyres, it doesn’t need serviced as much and when you go to sell it, the residual value of the car will be so much more than any combustion engine car.

“People have to look at the bigger picture. I would love to see every car become electric.”